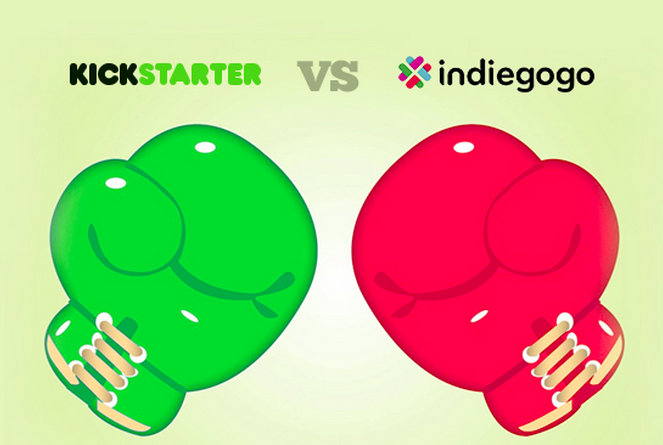 A new report has revealed some interesting facts about crowdfunded hardware projects that graduate from Kickstarter and Indiegogo. Specifically, Kickstarter projects have raised over five times more investor funding as projects on Indiegogo.

New York-based CB Insights revealed what is being looked at as the first report of crowdfunding’s growing role in technology. The report analyzes financing and crowdfunding data to identify trends among crowdfunded hardware companies that began on Kickstarter or Indiegogo.

The report looked at 443 hardware projects that have raised over $100,000 on Kickstarter or Indiegogo, and how many of these companies raised outside venture capital equity financing.

Maybe most striking was that of the 443 hardware campaigns analyzed that had raised over $100,000, Kickstarter projects represented the vast majority. And when they went on to raise more funding from venture capitalists, Kickstarter graudates domianted that cateogry as well.

82 percent of the crowdfunded hardware projects on the list were Kickstarter-backed. Interestingly, while Indiegogo has itself raised $56 million from investors, Kickstarter has reported raising just $10 million. The number of investor-backed companies trend in a similar fashion, as 35 of the 42 venture-backed hardware crowdfunded companies originated from Kickstarter, while 7 were from Indiegogo.

However, just 9.5 percent of projects actually ended up raising a proper venture capital round. Those that did made quite the splash though:

“Venture funding to crowdfunded hardware startups went mainstream in 2013, reaching over $200M across 23 deals. The bulk of activity came in Q4 2013 when 10 startups including Scanadu, Formlabs and Misfit Wearables raised over $150M in aggregate funding. The largest round of 2013 went to virtual reality company Oculus VR, which raised a $75M Series B in December from investors including Andreessen Horowitz, Formation 8, Spark Capital and Matrix Partners,” read the report.

Within this realm 2014 is set to overtake 2013, as 19 deals have already been made in the first seven months of the year. If the current rate continues through the end of the year, 2014 will see over 30 deals.

Among the largest 2014 VC deals for crowdfunded hardware projects are smart bulb startup Lifx, which raised a $12M Series A led by Sequoia Capital after previously raising $1.3M on Kickstarter and a $10M Series A led by Khosla Ventures to home security product Canary. Canary previously raised just under $2M in one of the most successful hardware campaigns on Indiegogo to date, reported CB Insights.

CB Insights also provided a chart of the most well-funded hardware crowdfunded startups:

Finally, of interesting note, there was no clear trend connecting the highest-grossing crowdfunded projects and the resulting amount of venture capital they raised. “While Oculus went on to raise $91M from VC investors after a $2.4M Kickstarter campaign, there have been others like smartwatch startup Pebble and video game console Ouya that raised over $8M from crowdfunding but have raised at or around the same amount of venture capital as some hardware firms that raised less than $2M during their campaigns.”

S|W: The SaaS Weekly – How many SaaS tools does a startup need?