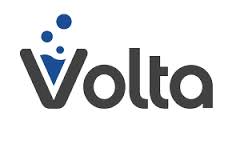 Halifax’s Volta Labs coworking space will launch a semi-annual accelerator, according to Entrevestor’s Peter Moreira. It will be called “The Volta Accelerator Program powered by TheNextPhase.”

TheNextPhase, a mentorship program for startups will operate the three-month program, to be headed up by Toon Nagtegaal, a former venture capitalist from the Netherlands, and David Crow of OMERS Ventures and Startup North.

Volta launched in May to provide coworking space for startups in Halifax. Build Ventures, a venture capital firm headed up by partners Patrick Keefe and Rob Barbara.

The program, meanwhile, seems to be talking up a game similar to accelerators in Canada- to build long-term, sustainable businesses. According to Entrevestor, it will complement other accelerators in the area in Launch36 and Accelr8.

“We want to start a lot more companies and the reason we decided to do this with Toon is that his focus is on developing sustainable companies,” said Volta’s Milan Vrekic told the news site. He said Nagtegaal’s “rigorous” program does not spoonfeed founders. “Each time Toon does this program, a few companies disappear and that’s a good thing.”

Nagtegaal teamed up with New Brunswick startup veteran Shawn Carver to develop TheNextPhase program. Entrevestor wrote that TheNextPhase uses an online tool they developed called PhaseMap, which lets users plot out the development of the business, certainly an unorthodox method in an industry that largely uses face-to-face daily meetings (which may or may not include swearing).

“He admitted that most startup curriculum these days favors the use of business canvases. Canvases help to shape a product to meet market demand, he said, but PhaseMap helps with the development of the entire business model,” wrote Entrevestor. “He plans to offer one more cohort for tech companies in affiliation with Volta this year, and put on three to four additional one-weekend seminars for companies in a range of sectors.”

The government has unveiled its Cybersecurity Strategy, which has $507.7 million over five years earmarked from Budget 2018. In its initial announcement, the government…