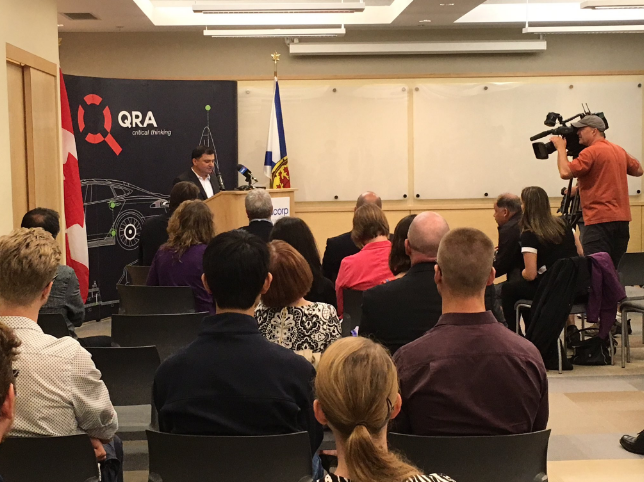 According to a report from Entrevestor, the funding was raised from the Atlantic Canada Opportunities Agency, which is part of the Atlantic Growth Strategy established by the Government of Canada and the four Atlantic provinces. The funding is a conditionally repayable sum.

“For new systems such as autonomous cars and commercial spacecraft to be deployed and accepted, we need to ensure that errors in the integrated design are caught during the earliest stages of development,” co-founder and CEO Jordan Kyriakidis told Entrevestor. “These are early days, but that’s what we do. It’s why we exist – and this funding is allowing us to work even harder towards fully accomplishing our mission.”

QRA will use the funding to develop commercial software, as well as hire 13 people for their research and development team. Currently, the company works closely with the world’s largest defense contractor, Lockheed Martin. The company’s two main products include QVTrace, which allows designers to identify system faults typically encountered in the build stage, and QVScribe, which allows engineers to analyze requirements documents within Microsoft Word.

The funding is part of the Canadian government’s initiative to invest $7.1 million in four Atlantic Canada-based innovative projects.

“Innovation is a core component of the Atlantic Growth Strategy, helping to foster a thriving middle class and open the region to new economic, social and environmental possibilities. That is why we are committed to positioning Atlantic Canada as a full participant in the changing economy by supporting innovative companies such as QRA Corp as a central part of our plan to facilitate the region’s successful transition into the economy of tomorrow.”