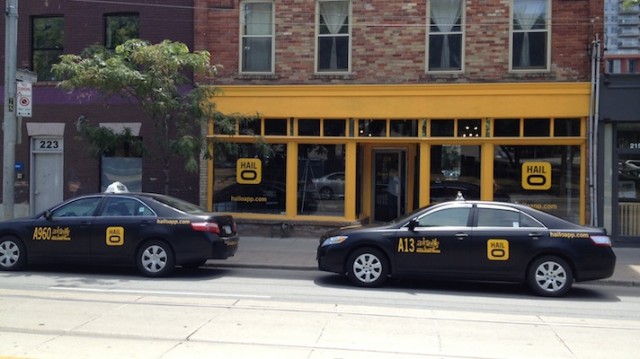 Taxi hailing app Hailo has been available in Canada for just over two years. In fact, Toronto was the first North American market for the European application, which debuted in London and Dublin. However, it looks like Hailo’s days in Toronto (and other cities around North America) are numbered.

Hailo’s CEO Tom Barr told the Financial Times that it was impossible to make a profit in Canada and the U.S because of competing services like Uber. The company plans to close its North American operations as a result and focus on other markets. Hailo differed from the likes of Uber in that it was actually a certified licensed cab company. The service allowed taxi drivers to fill their taxis as soon as one was requested, instead of driving around looking for fares or waiting for dispatch to provide a pick up location.

Hailo hasn’t said when it will pull out of Canada and the U.S., though the announcement follows Uber’s Toronto launch of UberX, a ride-sharing program that allows regular people to act as cab drivers. UberX offers users a way to make money and passengers a reduced rate compared to the price of taking a normal taxi.

Speaking at the time of the Canadian UberX launch, Hailo president Justin Raymond said the company was eager to explore sources of transport across Canada’s largest cities but would always put rider and driver safety first.

Update: Hailo has tweeted to say that its ‘great service will continue’ in Toronto. According to TechCrunch, its Toronto branch is looking at a licensing deal for ongoing operation. “Hailo Toronto remains in operation and will continue to provide service to passengers and drivers,” Toronto operation lead Justin Raymond told TechCrunch. “A licensing deal is in the works.”