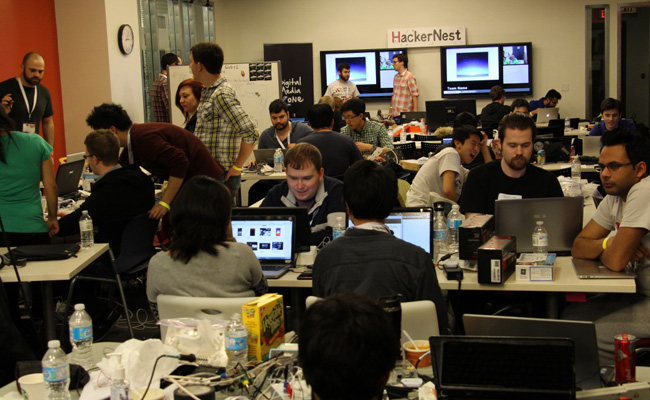 Dementia affects almost a million people in the UK alone and over 35.6 million people worldwide, and early next month Toronto’s Hackernest will join the British Consulate-General in Toronto for “DementiaHack,” a new hackathon with a good cause.

The event will take place on September 12 in Toronto at Ryerson University’s Digital Media Zone. Tickets for students are completely free while tickets for hackers are $29. Teams will compete to produce innovative software and hardware-based dementia-focused prototypes. In addition to cool take-home prizes, winners will embark on a business roadshow in Canada and the UK to demo their hacks to major organizations and healthcare conferences.

The organizers said that the hackathon will give developers, designers, and health professionals a chance to work on needed solutions to a ballooning global concern – improving care around dementia, a major cause of disability and dependency.  It causes long-term loss of the ability to think and reason clearly that is severe enough to affect a person’s daily functioning. The most common form of dementia is Alzheimer’s disease (75%).[1] Other forms include Lewy body dementia, vascular dementia, frontotemporal dementia, progressive supranuclear palsy, corticobasal degeneration, normal pressure hydrocephalus and Creutzfeldt–Jakob disease.

Except for a few treatable types in most cases there is no cure.

Hopefully these Canadian nerds can get together and hack a few solutions that could help chip away at that problem.

And Why is the British government hosting this event in Toronto? Toronto has a strong knowledge economy, a well-developed hacker culture, and an emerging network of entrepreneurship and innovation. “This event seeks to strengthen Canada-UK ties by acknowledging our similar demographic projections and using our shared interest in dementia management to create new solutions to common problems.  Furthermore, with the hope that this event will bring forth entrepreneurial partnerships and new markets, the UK seeks to work with Toronto based entrepreneurs to introduce the UK as a viable market,” wrote the organizers.

The rules are simple: teams cap at five hackers, fresh code only, demos must be functional demos (not slideshows), and perhaps importantly, participants must possess excellent personal hygeine.

For those interested, check out the event page here.

According to Dr. Khalid Syed, an orthopaedic surgeon at Toronto Western Hospital, opportunities for innovation in Canada’s healthcare system are endless. Speaking at HealthTO,…