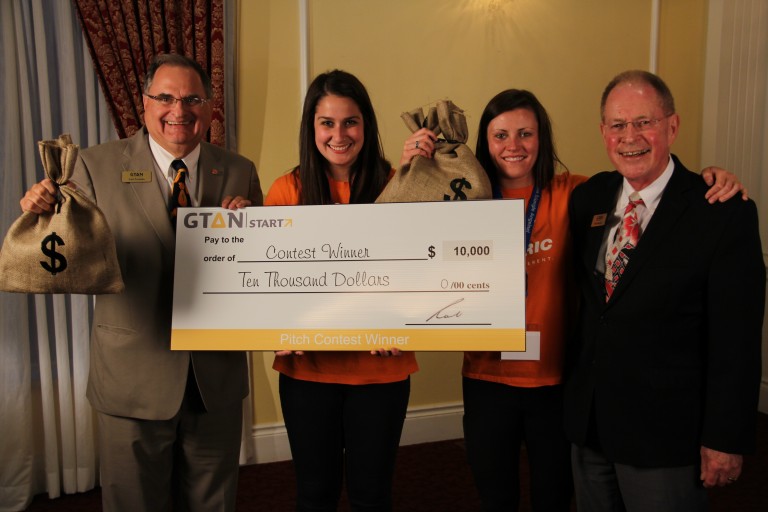 GTAN|START, an annual event that invites local startups to pitch in a room of 100 angel investors, venture capitalists, and industry leaders, announced the winners of its pitch competition.

Oneiric, which develops an all-in-one protective base layer for children who play hockey, took the top prize of $10,000. Suncayr, a nanotechnology company that has created a “spot” that warns when sunscreen has worn off exposing skin to UV, took the second place prize of $5,000. Taking third place was Skywatch, which is building an online marketplace for satellite data and imagery.

The event is organized by the Golden Triangle Angel Network, a not-for-profit with over 100 members that have invested more than $30 million dollars in early stage companies.

“Highlighting great new startups and connecting them with angel investors and early-stage funding is what we do at GTAN, and tonight was a success,” said Rob Douglas, GTAN President. “All six companies will get the benefit of working through due diligence, which is a great experience for the founders, followed by the real possibility of funding.”