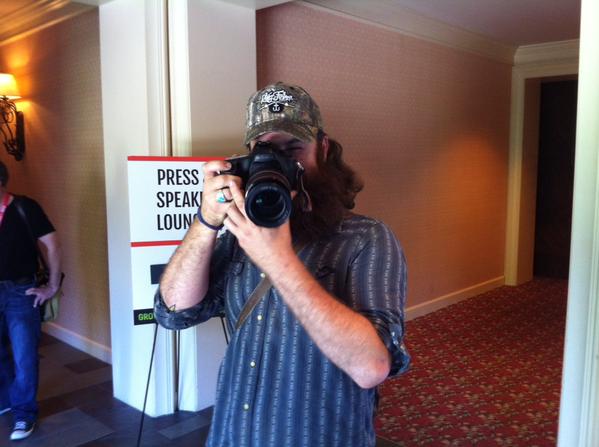 BetaKit Senior Editor Jonathon Narvey took a few breaks last week from enjoying the bountiful vistas of Whistler, BC, to interview fellow attendees at GROW Conference. One such attendee was Kris Krüg, designer, writer, and the amazing official photographer for the conference.

Krüg had just attended a panel session featuring notable journalists from TechCrunch and CNBC intended to provide startups in the audience press tips. Narvey, like most journalists, seemed generally surprised that at this stage of the game, young entrepreneurs still need the ABC’s of startup storytelling (which can be found here), but Krüg noted that the explosion of startup culture has lead to a bunch of people with apps and nascent companies in need of storytelling assistance.

This explosion of new startups has also put the pressure on the journalists tasked with covering them, at the highest levels.

“There’s so much happening right now,” Krüg said. “Even first order guys like Robert Scoble – I heard him reviewing the list of Y Combinator companies yesterday, and it was like like 85 companies or something. And he says, ‘I can’t keep up’.”

You can watch the whole conversation on what’s needed from both sides below.

#DellSMBchat proves that security doesn’t have to be spooky

A recent Deloitte report shows that mid-market business leaders are spooked by security, with phishing and employee-induced risk topping the list of concerns. Last…