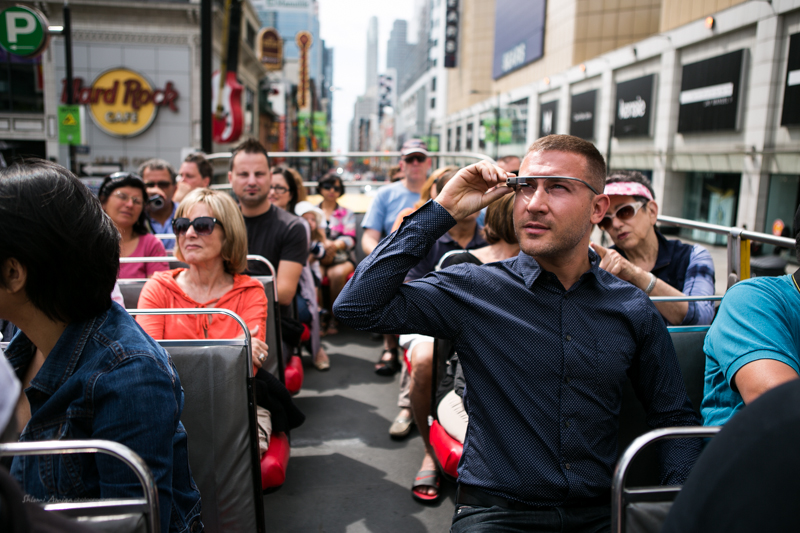 This isn’t the headline you’d probably expect me to write about Google Glass. At least not lately, with news that Google has killed off the failed device. Well, I’m here to set the record straight. Google’s first wearable didn’t fail. In fact, I’d argue that it was the most important wearable of 2014.

First off, let’s tackle the recent Glass news. On January 15, Google communicated on its Google Glass Google+ page that Glass was “graduating from Google[x] labs,” explaining that the open beta Explorer program would officially be closed on January 19. The post also explained that this was not the end for Glass and that Google will be “continuing to build for the future, and you’ll start to see future versions of Glass when they’re ready.” Subsequently, we found out that Google Glass is being transitioned to an independent division which will report into Tony Fadell, CEO of the insanely popular smart thermostat Nest and one of the fathers of the iPod. A good sign that Google is getting ready to make Glass a product.

The most important thing to remember about Google Glass up until this point is that it was a project out of Google[x], an experimental facility of Google that prides itself on “moonshot” ideas, which have included working on a space elevator, teleportation and hoverboards. Project Glass was an experiment, and those wearing the device (Explorers) and the people they came into contact with were all its subjects.

Viewing Glass as an experiment changes all expectations of this device. An experiment is expected to end. It has an objective to test with results to analyze. And most importantly, it allows the experimenter to draw conclusions which can then be used for other purposes. With Glass as an experiment, Google tested what would happen if people wore a computer on their face by equipping pioneers, or Explorers, and using the world as a real-time lab. Using what they learned Google can now, as Google CFO Pichette put it on Google’s most recent earnings call, “take a pause and take the time reset their strategy.”

As one of these Explorers, I voluntarily purchased Glass understanding that this device was in beta, and that the purpose was for me to explore with it and bring Google along for the ride. My journey with Glass began more than a year a half ago, and during this time I’ve personally discovered some killer use cases for the device, such as taking pictures as if they were being snapped with your eyes, or being able to look at a sign in another language and have it magically translate to English. I’ve also experienced other people’s wonder in trying on the device, as well as uncomfortable and almost fearful reactions to Glass because of the camera. It’s true that my use of Glass has waned greatly these past few months – in fact, I hardly wear it out of the house at all – but there hasn’t been one day that I’ve regretted the $1500 purchase. Google promised I would be able to explore with Glass and it has delivered on this promise.

And it’s in this same way that I feel the word “fail” isn’t accurate when it comes to Google Glass. Glass as a product can’t be dead as it was never alive. And Glass as an experiment can’t fail because the objective of an experiment is to test, analyze and then draw conclusions. How Google will use these conclusions to roll out the next iteration of Glass is what is most subject to be judged.

Viewing Glass as an experiment changes all expectations of this device.

Now, that isn’t to say that I entirely agree with some major inconsistencies in the messaging Google put out there for this real life experiment. Google, perhaps intentionally, started to blur the lines between Glass as a program and Glass as a product soon after it started to widen the net for its beta program. The fact that they dropped the word “Project” from its marketing and started to just call it “Google Glass” didn’t help matters much. Nor did the mysterious barges, physical stores in select cities, and then finally opening up the program to anyone who had the money to buy the heads-up display (including a release in the UK). So I can see where all the confusion came from in thinking Glass, as it exists now, was going to officially launch.

Why then do I think Google Glass is the most important wearable of 2014? Well, I have to answer this both from an industry perspective as well as on a personal level. Industry-wise, Glass may have had few users, been over-priced and ran into constant battles with fashion and privacy (again, all part of the experiment), but it did one thing very well and that was create a tremendous amount of buzz and awareness. I believe we wouldn’t be as far along in the wearable tech conversation, especially the mainstream conversation, if Google would have tested Glass in a closed lab rather than through its open Explorer program. Glass helped bring wearables to a head (pun intended) and forced us to start having some serious conversations. From the never-ending privacy concerns that came with wearing a camera on your face, or the social stigma that coined the term Glasshole, to examples of Glass helping to improve the lives of people with disabilities and aiding doctors in performing heart surgery – Google’s first wearable brokered discussions which will help pave the way for the next wave of wearable tech, especially the next wave of smartglasses, and the learnings from this experiment are golden nuggets anyone getting into this space can benefit from.

For example, Glass identified a couple of areas where wearables, smart glasses in particular, seemed to naturally succeed. It became quite clear early on that Glass was becoming an extremely useful tool in enterprise, so much so that Google created its Glass at Work program back in June of last year. Partners such as APX Labs, Augmedix, and Wearable Intelligence all raised venture capital funds last year ranging from $8 to $16 million to use Glass as an efficient, safe and hands-free tool in the workplace. Travel was another lucrative pocket for Glass. Hospitality companies such as Starwoods and Virgin Atlantic used Glass to better the guest experience, and there were a number of apps that turned Glass into a tour guide (Field Trip) and real-time translator (WordLens and Captioning for Glass).

On a personal level, Glass helped me move faster and deeper into this wearable world I now live in, opening doors and opportunities that may not have been as easy to access without wearing a computer on my face. Many of my first published articles here on BetaKit and MobileSyrup were about my experiences as a Google Glass Explorer. I’ve had the chance to demo Glass to a number of companies and media outlets, and speak about my experiences. My futuristic specs always attracted a crowd at networking events, and give everyone an immediate icebreaker, allowing us to all have some pretty interesting conversations rather than the usual small talk.

Glass opened up our eyes to a brand new world.

Glass was also one of the catalysts which pushed me to create a community around wearable tech. As one of ten or so Canadian Google Glass Explorers at the time, I decided to put together an event where the city of Toronto could come to me to try out Glass, rather than being stopped randomly on the way to a meeting to explain and demo the device. What started as 150 people in Toronto has now grown to one of the largest wearable communities in the world, with chapters in Toronto and Chicago.

Outside of giving us access to the tech, the Explorer program also unified a bunch of like-minded people who were willing and excited to test out a new wave of computing in our personal and professional lives. From artists to doctors and everyone in between, I have met some fascinating people, many who have gone on to become major influencers leading and shaping the wearable tech conversation.

But most importantly, for me and for the rest of the Explorers and those that took the journey with us, Glass opened up our eyes to a brand new world. One where we aren’t craning our necks looking down at the screen normally stuffed in our pocket. One where we can capture moments with minimal disruption and from our own point of view. And one which begins to merge the digital with the physical in ways we previously thought weren’t possible. The Glass experiment may be over, but this sense of wonder and hunger for the future hasn’t gone away; it’s only gotten stronger.

Toronto-based 500px, wich rebranded last month, has seen massive success and also an enormous amount of transition in its short history. Founded in 2009…