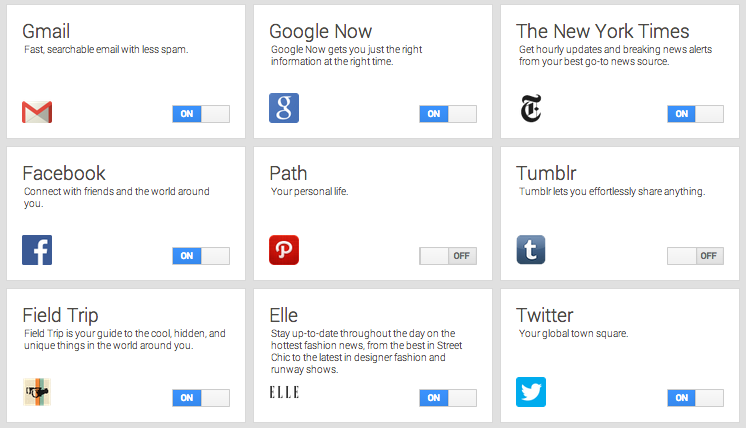 As the smartphone space has proved, the “apps the thing “ when it comes to hardware. Google Glass is no different.

Google’s first foray into wearable technology is in dire need of applications if it is to become an essential device when it hits the masses. The good news is that it definitely looks like an app store is on its way for Glass in 2014.

According to Marketing Land last night, a Google rep has now confirmed that an app store is on its way for 2014. This comes after the New York Times reported that “The company says an app store is coming next year, when Glass is available to the general public”.

This news isn’t a complete surprise. In early July, Engadget reported that a teardown of the XE7 software update hinted at the fact that a possible app store called “Boutique” was on its way. Also around that time, CNET’s Don Reisinger reported that Google Play was showing Google Glass as a supported device after its redesign. “Upon choosing Google Glass in the dropdown, however, users find that it cannot be chosen because they have not opened the Google Play Store app recently on this device,” wrote Reisinger.

The fact of the matter is that right now there just aren’t enough apps to justify an app store. So this confirmation from Google further suggests that they will also be ramping up efforts to ensure that inventory will be there when a centralized marketplace is available.

Glass users are currently presented with official application choices in their My Glass dashboard online. At this time, there are only twelve official apps to toggle on or off for the device. Field Trip was the most recent to join this bunch. The virtual tour guide app launched in late August from Niantic Labs, a startup within the Google umbrella.

Outside of the Glass dashboard, Explorers are finding apps in unofficial channels with several Glass app directories popping up on the net. Glass Appz seems to have the most robust selection of those available with 68 Glass apps in its list at the time of this article. This number still pales in comparison to the 800,000 or so Android apps in Google Play which speaks to the developer potential for Glass.

Their does seems to be growing interest in Google Glassware from larger app brands. Personalized news app Zite, which was acquired by CNN in 2011, announced last week that they will be releasing a Google Glass version of their app. Glass already has CNN, Elle, and The New York Times on board as available apps for the device.

There are only 10,000 or so Glass devices in the hands of early adopters called Google Glass Explorers. In Canada, this number is said to be only ten. The general release of Google Glass is expected for 2014.