The Canadian government is going all in on tech and innovation, and no type of tech has more hype than artificial intelligence (AI) as demonstrated at this year’s #GoNorth17. Google Canada, under the leadership of their new Country Director Sabrina Geremia, hosted the second annual Go North event focused on unlocking Canada’s potential in AI. From DeepMind’s Dr. Demis Hassabis to Google’s own Research Scientist Francoise Beaufays to the “Godfather of AI,” Geoffrey Hinton, Go North 2017 had the who’s who of the global AI community on the agenda, including our own Prime Minister Justin Trudeau.

On stage with the Executive Chairman of Alphabet, Inc. Eric Schmidt, who upped his ‘sock game’ to speak with the Prime Minister, Trudeau explained why the government has chosen to focus on helping Canada lead in technology, and more specifically AI:

“It is important that Canadians help shape this revolutionary technology.”
– Prime Minister Trudeau

“We, as Canadians, have something really important to give to the conversation,” Trudeau said. “With our Charter of Rights and Freedoms, our shared values and our approach to openness and diversity; as we start to see what the outcomes may be from artificial intelligence, it is important that Canadians help shape this revolutionary technology.”

Schmidt praised Trudeau and his government for not only believing in the industry, but for also taking action to support it. From creating the Vector Institute, investing in the Montreal University system, focusing on high-skilled immigration, Schmidt asked, “How have you been able to do it all?”

Trudeau’s answer? Canadians. “Some people say it’s the weather,” he joked, “but we have developed a society where it was important that we were there for our neighbours because we needed our neighbours to be there for us. We have developed a shared identity and therefore, there is an openness to diversity. And it has allowed us to take the tremendous opportunity to invest in Canadians – through our great education system by strengthening it, investing across STEM and the creative industries.”

Schmidt, clearly frustrated with his [American] government’s opposite strategies on open borders and diversity thanked Canada for its contributions to the technology and talent that have allowed Google to thrive. Canadian talent – especially engineers and developers from the Toronto-Waterloo Corridor – have been poached by the global company to California over the years. However, many of them are moving back to Canada – some to bring their companies closer to the raw talent available, or to be around the strong startup ecosystem of capital (Angels, Venture Capital), or simply to start families.

Advancing our leadership in #AI will create #jobs of the future & grow the economy. Thanks @googlecanada for having me #GoNorth17 pic.twitter.com/hOBfbNVOmg

To support the innovation agenda, we have seen all levels of government investing in strategies like the Budget 2017 supercluster funding or the new Alphabet-run Sidewalk Labs project on the Toronto Waterfront. But what is the government hoping to see from these investments?

“I am as excited as everyone else to say, we’re not entirely sure [what will come from it]!” Trudeau said. “It is not up to us to pick specific winners, but saying we’re going to invest in areas like quantum computing, AI, robotics; in innovative, creative areas that match the strengths of our education system and our entrepreneurial ethos, and our search for being relevant in a positive way on the world stage – it fits very nicely.”

Zoning in on the clear positive actions the government has taken to support innovation, Schmidt queued up questions spanning from NAFTA negotiations to the different generations of leaders that are emerging around the world. He did express concern that the state of American politics will drive a wedge between the US and Canada, and identified a key area where Trudeau disagrees with Donald Trump: immigration. Earlier last week, Immigration Minister Ahmed Hussen announced the plan to admin nearly 1 million immigrants over the next three years, the majority of which to be from the economic class.

Trudeau expressed the need to continue drawing people into Canada from around the world while setting up their pathway to success. “Generations ago, you were able to come to Canada without an education, or without language skills, work hard and build success for your family,” he said. “We need to increase our immigration and integration support; helping new Canadians learn the things they need to succeed like language education, interpersonal and programming skills are much more important now to create that pathway to success. We made a deliberate ask during the 2015 election that we could be fearful and closed-in or we could go in another direction. The voters made the choice to go a different way.”

Schmidt ended the conversation by turning to the crowd gathered to express that “there is no other leader that can articulate a vision around innovation and growth like your prime minister.” 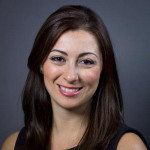 Cassie Ruggiero is a marketing manager for PwC’s technology practice. She has spent time working around the world for a non-profit, but has settled into the exciting Canadian tech space in Toronto. She has an affinity for red wine and the Toronto Maple Leafs.

Edmonton’s AccelerateAB announced that AI pioneer Richard Sutton will be its closing keynote speaker. Sutton is a distinguished research scientist with DeepMind, a professor…