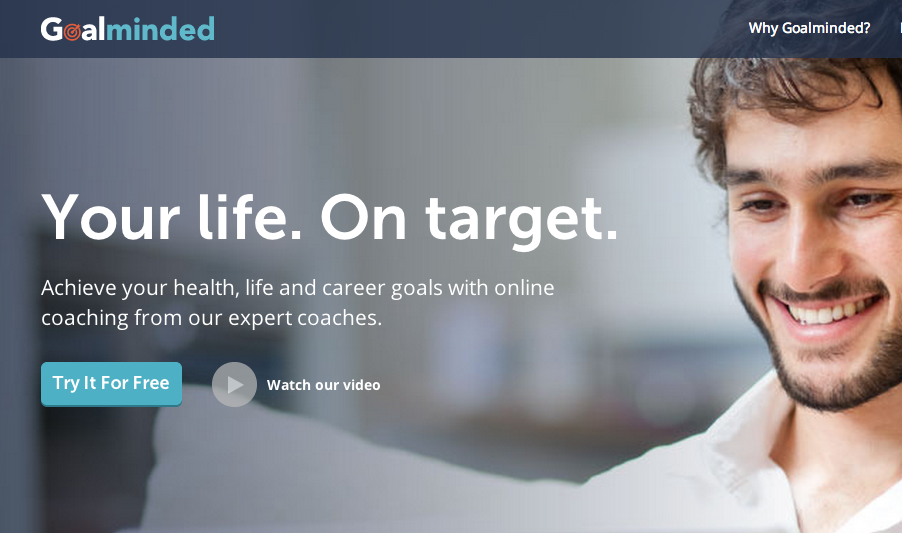 Many of us have heard about the hard-working, hard-playing reality of investment banking and other financial gigs on Wall Street: 14 or 16-hour days coupled with the stress and generally unhealthy habits that come with such positions. Movies like Wolf of Wall Street , Boiler Room and others have shown us that many ambitious young people turn to self-medication- booze, cocaine and other vices- in the more serious yet increasingly commonplace cases.

Carson Brennan and Alex Sherrington of Toronto’s GoalMinded, an online career coaching platform, may not have fallen to those depths, but they both carry a few battle scars from their time spent working on Wall Street. Brennan was a former college football player at Brown, and he went from living a healthy lifestyle to a sedentary one, filled with more and more stress related to his job. Sherrington said he began experiencing crippling panic attacks during crucial moments at work.

Both friends realized the lifestyle wasn’t sustainable, and something had to give. “We were living in New York, we thought we were making pretty good money and I had all the physical health resources around me that anyone could want, but that just wasn’t getting it done,” said Brennan. “I eventually sought out a therapist and I said ‘we need to address whats underlying all of this to make me figure out what’s at the root so I can start making smaller changes.'”

It was more of the same for Sherrington- he sought out the help of a therapist. Eventually the guys saw the need for a service that could help people like them. Not necessarily a place for expensive, acute mental health therapy, but rather “that middle layer in the mental wellness market between therapy and nothing right now.”

GoalMinded is an online platform that connects people in need of help with expert coaches that specialize in life, health and career goals. “Most people have issues of mental health for sustained periods of time before they start accessing help- psychologists and psychiatrists and people who treat more acute, symptomatic diseases- and what we’re trying to do is insert a layer so people don’t get to that point,” Brennan told BetaKit.

It was inspiring talking to the likeable, well-spoken pair who are clearly passionate about helping those who’ve experienced some of the “late nights, high stress and poor health choices” associated with various high-responsibility positions.

The platform is browser-based right now with an app in the works, and users get a free first session. After that they have to buy packages of sessions where they can pick coaches that match their objectives. It’s all done via skype within GoalMinded’s platform. Six sessions costs $630, which is $105 per session. It’s not necessarily cheap, but its also cheaper than talking to a psychologist.

The guys are putting a high emphasis on the quality of coaches they select. It’s not like the startup game, where anyone can wake up one day and call them self a “coach” or “mentor,” and no one can necessarily tell them they can’t do that.

Brennan and Sherrington said they figured out what global institutions are churning out the best coaches. “We’re only targeting coaches that have been through those programs and have considerable experience doing that professionally. Its their main focus, they’re not just recent grads that are trying to do this on a whim, it’s something that they’ve made their focus and career.”

Sherrington said their main challenge is two-fold: getting those users who need help to actually sign up and book a session, and maintaining those great coaches. Once they get users in, the quality of the coaches will keep them returning.

The guys had a soft-launch already where they beta-tested with select users, and the platform is up and running.

I really wanted to know their motivations for starting the business, and outside of their own personal experiences, Brennan painted a pretty touching picture about friends he had in New York.

“You become pretty close to the people you’re working with and the vast majority of my peers were self-medicating in some way, not sleeping or had some sort of dysfunction in their relationship and it was pretty disheartening,” he said. “Here are all these people who have a lot of potential, are really eager and ambitious in their careers and yet they’re hamstrung by some of these issues that they’re not dealing with. Our hope is that they’ll realize that they can deal with those sooner than when they become a real issue when all of a sudden your job is at risk and your family is at risk, and I’ve seen that personally.”

Communitech has announced three new speakers that will be headlining the True North conference taking place between May 29 and 31. The speakers include…