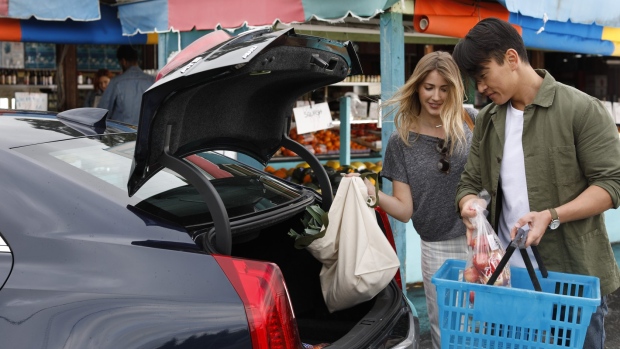 Torontonians looking for a quicker way to rent vehicles have a new digital solution on the market, courtesy of General Motors.

Maven is an Android and iOS app designed by General Motors that allows users to rent, locate, and unlock consumer vehicles for personal users, with no sign-up or membership fees to begin using the service.

Users simply download the Maven app, reserve a car from a Maven pick-up location, unlock the vehicle using their phone, drive the car for as long as they need it, and then return the car to its original pick-up location when they’re done.

Additionally, users only pay for their vehicles when they’re in the car. Rates begin at $9 CAD per hour, including gas and insurance costs. Users will have access to 40 vehicles at launch, including the Chevrolet Cruze, Malibu, Tahoe, Trax and Volt, as well as the GMC Acadia and Yukon and the Cadillac ATS and XT5.

“Bringing Maven car-sharing to Toronto not only reduces congestion, but also represents the latest step in the development of General Motors’ mobility footprint in Canada,” said Steve Carlisle, president and managing director of GM Canada, in a February 12th, 2018 media release.

“The launch of Maven follows the recent opening of our Canadian Technical Centre — Markham Campus, the largest automotive technology development centre of its kind in Canada and furthers our ability to bring new solutions to existing problems and redefine the future of mobility in Toronto and beyond.”

Maven was announced by General Motors in January 2016, with a trial program at the University of Michigan at Ann Arbor, in Ann Arbor, Michigan.

A new survey from the Council of Canadian Innovators (CCI) estimates that around 39,000 Canadian information and communications technology companies are currently ineligible for…