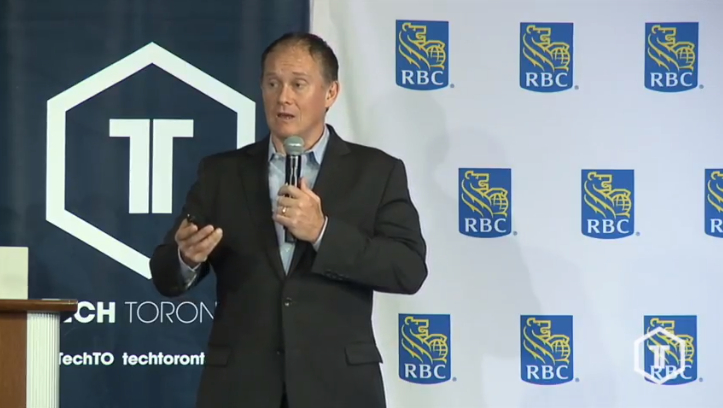 At the October 2018 edition of TechTO, General Assembly chief revenue officer and chief marketing officer Edward Nevraumont took aim at companies that claim to be “data-driven,” explaining that data can be “dangerous” when it comes to structuring your marketing around it.

Nevraumont opened with an anecdote from Jeff Bezos that didn’t put data in a welcoming light: “The thing I have noticed is when the anecdotes and data disagree, the anecdotes are usually right. There’s something wrong with the way you are measuring it.” He then used some real-life pertinent examples to illustrate his point. The first was Groupon, which trusted its data results in deciding to send out extra emails, even though the CEO said it didn’t feel right.

“There was no way for the data to see the long-term impact,” said Nevraumont, who followed up with a quote from Groupon’s CEO later expressing his regrets for how being data-driven changed the company into being “a vestige of what it once was.”

Another example was Expedia, which ran a test to see if professional photography would work better than regular hotel stock photography on its booking websites – but the test failed, and no one could figure out why. “If you’re a data-driven company, the anecdotes win, and you move on to the next step.”

The mystery behind the test results was eventually solved, but Nevraumont made sure to warn the audience: “Data isn’t bad, but it takes thinking about the data and how to use it properly to make it work.”

The next TechTO takes place on November 5. Get your tickets here!