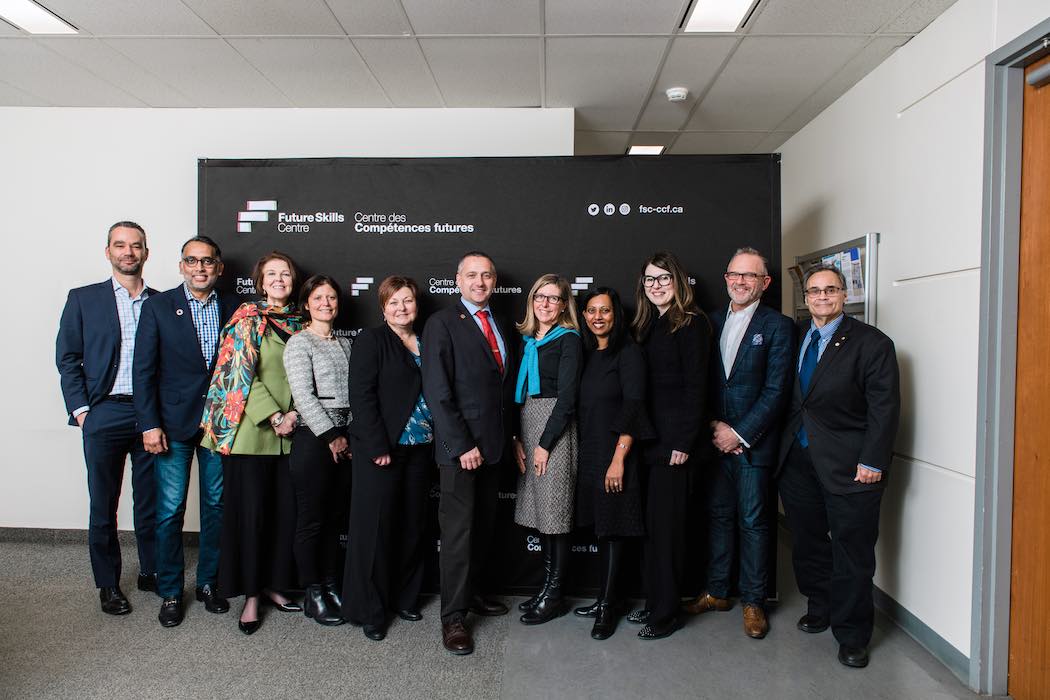 The Future Skills Centre (FSC) has announced a new advisory board to help it get insight into best practices for 2020.

The federal government announced the launch of the FSC in February, which is being funded with $225 million over five years and $75 million thereafter. The goal of the Centre is to help mid-career workers, like those in oil and gas and retail, to develop new skills.

A real priority for us is to understand what kind of tools and supports we can put around employers.

Through research and pilot projects, the Centre is determining best practices for helping workers transition to an economy being disrupted by technology like automation. According to a Brookfield Institute report, AI could disrupt every sector by 2030.

The FSC’s new advisory board consists of leaders from academia, industries like retail and energy, and non-profits. 17 new board members have joined in total.

Speaking exclusively to BetaKit, FSC executive director Pedro Barata said that the advisors were chosen because they have insight into changing traditional business models with technology, and have perspective on populations that would be most affected by changes in the workforce, such as Indigenous communities, women, newcomers, and Canadians in rural communities.

“A real priority for us is to understand what kind of tools and supports we can put around employers or employer councils to help them think further down the field,” Barata said, adding that the Centre wants insight from industry experts about “where their workforces are now, where they need to be, and help them fill that gap.”

The advisory board will meet about three times a year, and will not determine how funding is allocated to projects. Mainly, they will be a source of insight as the FSC conducts public community events across Canada until May 2020 to determine where workers need upskilling and how they can help fill the gaps.

RELATED: AI could disrupt workforce in every sector by 2030, Brookfield Institute report finds

“They’re going to have lots of research that they’re going to be doing, and they’re developing partnerships across various industries in different regions,” said Jenny Poulos, chair of the advisory board. “Part of it is how to enable better transitions in terms of Canadians that are facing any labour market disruption, and how to transition into the world of future jobs and skills that they need.”

While there are no current plans for the companies that advisors represent to participate directly in pilot projects, Poulos said that it could be a possibility in the future if one of the members finds a fit.

“The future unicorn will have a good mix of left brain and right brain smarts.”
– Sabrina Geremia, Google Canada

In July, the FSC announced $7.65 million in funding to pilot projects, many of which include various partners. In one example, EDGE UP – a partnership between Calgary Economic Development, University of Calgary, SAIT, Bow Valley College, ICTC Canada, and Riipen – will help Calgary energy workers transition into jobs like data analysts, full-stack developers, and information technology project managers.

Asked how the Centre will effectively work with mid-career Canadians that aren’t trained or interested in technology already, Barata said the Centre’s work also helps with immediate needs. One FSC pilot project uses VR to help truck drivers get better training for their jobs; autonomous cars are set to have a major impact on jobs in this industry. Barata said a pilot like this has the dual benefit of getting workers used to technology and ongoing learning.

Research on developing social and emotional skills will also be an important focus for the Centre moving forward, Barata said.

Sabrina Geremia, vice president and Canada country manager of Google Canada, who joined the advisory board, added that creating digital literacy among Canadians is not just about technical skills. She said that re-skilling Canadians in the workforce is a critical area that is “toughest to crack,” but businesses can play a key role in creating learning opportunities for this population.

“Computational thinking involves problem solving, creativity and collaboration,” said Geremia. “I think that the future unicorn will have a good mix of left brain and right brain smarts.”

By March 2020, the Centre expects to have 40 pilot projects moving forward, and next year hopes to launch digital tools so people can see what best practices FSC has determined for upskilling workers.

Overall, Poulos said that the effort to get employees engaged in ongoing learning and workforces set up to support those employees affected by tech is an ongoing effort for the Future Skills Centre, which is tasked with the challenge of both helping Canadians with immediate needs and forecasting workforce trends 10 years out.

Bridging to Technology: Launching an indigenous technology ecosystem in BC

If there’s a general impression that BC’s indigenous communities are getting left behind as the west coast’s tech hub expands, there’s new pressure to…