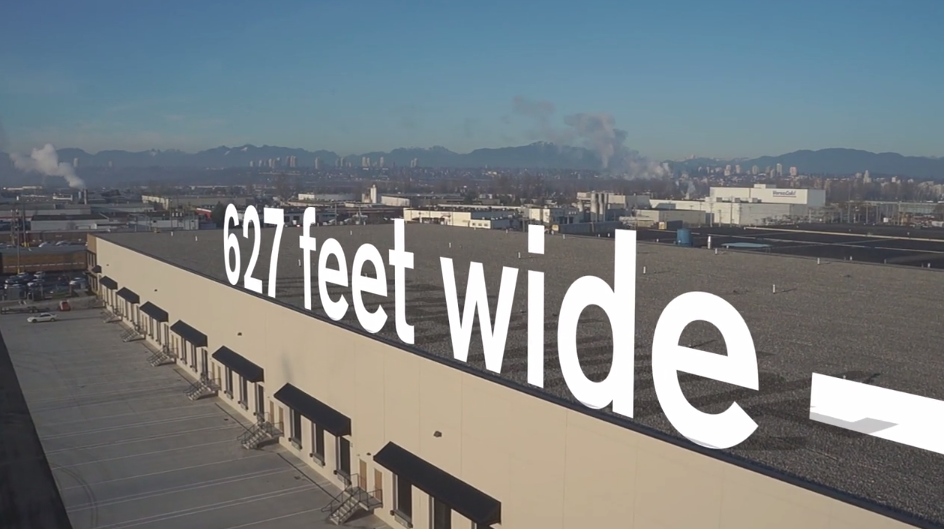 When it comes to being a technology leader, the commercial real estate industry is rarely in the conversation. Despite its history as an industry of laggards, Colliers is now adopting new technologies and taking the initiative to identify tools such as drones and virtual reality that could provide benefits to the overall industry.

Hari Minhas, Director Marketing & Market Intelligence, Colliers International Vancouver, shared that the company has moved quickly from playing catch-up, “to identifying the gaps when it came to marketing, and gaps when it came to the use of technology. About seven months ago, we realized there was a big opening and I decided it was time to really push the boundaries. That’s when we started looking at drone videos, interactive tours, and to bring in virtual reality as well.”

Minhas’ curiosity was piqued after seeing drone video footage following a boat and filming a kite-boarder. For Minhas, “seeing the angles they were able to achieve made me consider how in some cases this could be more cost-effective than some of the helicopter tour options we had used in the past.”

“The bigger the camera, the faster the drone batteries drain.”

With a use case in mind, Minhas talked about the challenges of going from the idea to first results. He was upfront, saying “it’s not been easy. Shooting at an industrial site we originally thought would be a few hours still took a full day.”  Elements like fog and wind also had to be accounted for, and added more time to the process.

“As well, it’s taking the time to plan out the camera angles. What we envisioned was actually very different from what we saw in the first takes. We even have to factor for camera size and load factor with the drone. The bigger the camera, the faster the drone batteries drain. So we didn’t anticipate the extra time involved in having to change batteries, Minhas pointed out”

Colliers also learned how difficult shooting inside an industrial space is versus the exterior. Not getting proper GPS locks on the drone makes flying inside a building is the real challenge. As well, when filming outside, drones can only ascend to a certain height. Being able to capture more expansive views of the properties and surroundings is also constrained by permitting processes. Minhas said that “having to potentially shut down roads for instance really weighs into the cost/benefit conversation. It really depends on the size of the given project we’re working on.”

Moving the conversation to augmented reality, he quickly suggested, “that’s the most fun part.”  While the drones are a great way to showcase larger sites, Minhas shared “we’re probably more excited about augmented and virtual reality technologies, and the early work we’re doing with Oculus Rift.” Right now he sees limitless opportunities allowing tenants to really appreciate what a space will look like. For Minhas, “it’s about helping people envision what the unbuilt or unfinished space will look like.”

While in the early stages, Minhas is encouraged by the first results. While it’s still a little buggy, and “you can get a little bit nauseous when walking around, we’re confident about getting the refresh rate function right and delivering an amazing client experience.

“We didn’t want the experience to feel cartoonish, and really want to get the texture and fine details right. We’re trying to figure out if it’s the current version of the developer kit or if it’s our programming.” Minhas went further, saying “the overall the quality we’ve been able to produce and the spatial awareness, from how different offices look, how the furnishings fit, and even the views is really exciting.”

Looking into the future, Minhas couldn’t hide his enthusiasm for the potential of augmented reality. He talked about the Hololens and Magic Leap, and this coming together of real life and virtual experiences making a big impression. “There’s some great ideas floating around my imagination about how we could use it. I can’t wait to test it. These technologies will really push the boundaries of what we’ll be able to do visually.”

TandemLaunch announced the closing of a $5 million commitment from BDC Venture Capital, an investment matched by angels and strategic advisors, as it nears…