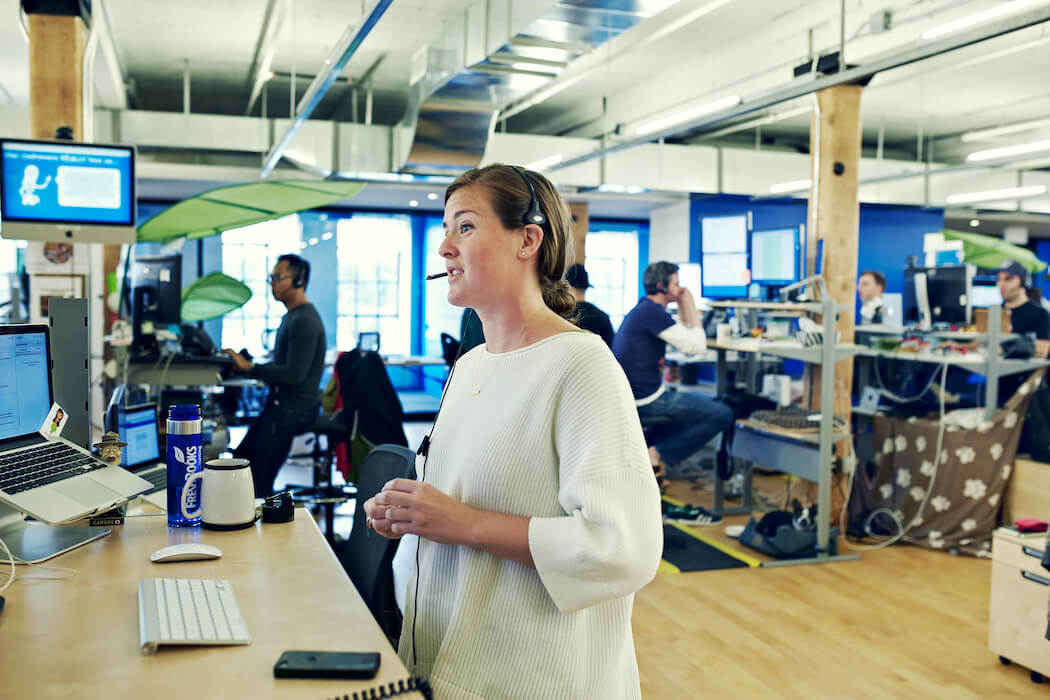 FreshBooks continues to pursue its global ambitions, announcing the acquisition of Germany-based FastBill, described as one of the country’s leading cloud accounting and invoicing software firms.

“We’ll continue to look for opportunities like this where we can get into new regions and markets that are harder to reach.”

Maudrich will remain CEO of FastBill, and will take the role of managing director for FreshBooks Germany, driving expansion in the region. The FastBill team will remain at its current headquarters in Frankfurt, Germany.

The financial terms of the deal were not disclosed.

With the FastBill purchase, the acquisition extends FreshBooks’ reach. Currently the Canadian accounting software unicorn of 571 people is headquartered in Toronto with offices in the United States, Netherlands, Croatia, and Mexico.

Matt Baker, Freshbooks’ SVP of corporate development, told BetaKit that according to FreshBooks’ research FastBill is a market leader, if not the market leader, in terms of online invoicing and accounting in Germany. FastBill’s territory covers not only Germany, but also Austria, and part of Switzerland as well.

“This absolutely gets us into the German market, which we would not be doing of our volition in the same time line,” Baker said. “It speeds up our ability to get into the market, and add some very interesting technology.”

Baker noted that, currently, a big push is underway in the European Union around digitizing and regulating the space of small business transactions. Part of that encompasses formats being adopted across invoices, while some of the push is around the regulation around sales taxes and how they’re reported to governments.

“This push to digitization is leading to more adaptation, which is something we’re really excited about,” Baker said.

The two companies plan to expand into regions where the small business market is significant and growing. In 2020, small and medium-size businesses represented 99 percent of businesses in the EU, employing two out of every three jobs

While Baker said integrating two companies is always going to have challenges, he spends a lot of time trying to set FreshBooks up for success. For example, Baker set in place dual reporting so that employees in FastBill have links to their leadership in FreshBooks, and by including FastBill employees in FreshBooks’ all-hands meetings.

“The alignment was great, and in a lot of ways we think of them as the FreshBooks of Germany,” Baker said.

In 2017, FastBill had a Series A round for an undisclosed amount. FinLab and Coparion led the round.

Baker said FreshBooks has a large, strategic push underway around becoming a global software player. “I believe acquisitions are a big part of the company’s story. I think we’ll continue to look for opportunities like this where we can get into new regions and markets that are harder to reach with just our own organic investments in the product,” he said.

FreshBooks’ global ambition really took off in August following a $163 million funding round. The round also transformed FreshBooks into a unicorn after it surpassed a $1 billion valuation.

At the time of the funding round, CEO Don Epperson said: “What I wanted to do is make this a global organization to match our global client base.”

Since it was founded in 2004, FreshBooks has garnered a global customer base of more than 20 million people in 160 countries. Before 2019, much of that international customer base came without FreshBooks marketing to specific countries or offering localizations such as local currency, according to Epperson.

In 2019, FreshBooks opened its first international office in the Netherlands. It followed that in 2020 with the acquisition of Facturama, a San Luis Potosi, Mexico-based company that offers electronic invoice management for small businesses and startups. FreshBooks also has an office in North Carolina and a development hub in Croatia.