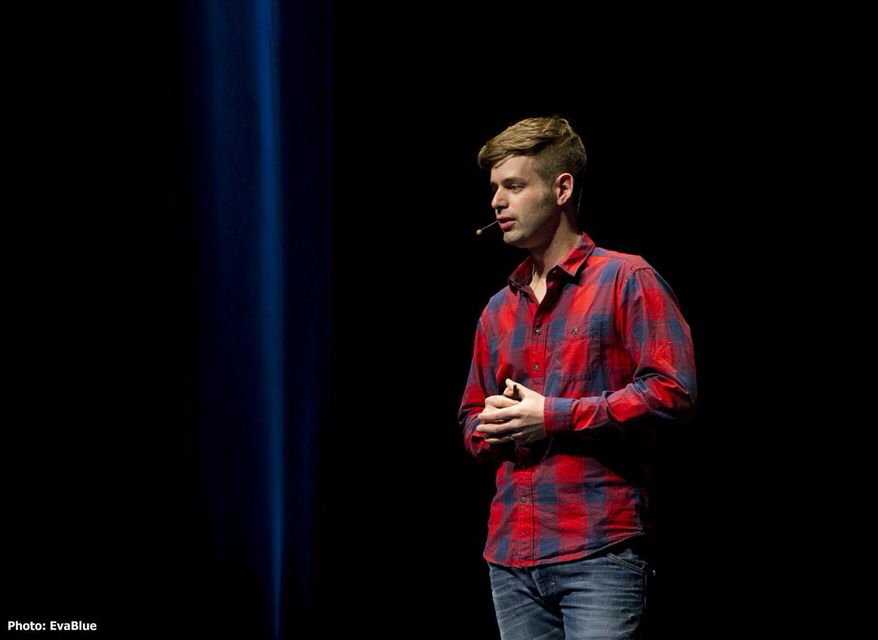 Ian Jeffrey is leaving the accelerator program that he helped build to 45 portfolio companies over five cohorts to join Montreal startup PasswordBox as its new VP of marketing.

Jeffrey launched FounderFuel with Real Ventures on May 2, 2011. Over three years he was the face of Canada’s most active accelerator. He oversaw the acceleration of such startups as Playerize, Crew, Provender, LoginRadius, OpenCare and more.

“It has been a hell of a roller coaster,” Jeffrey told BetaKit. “We’ve funded 45 companies from over 2000 applicants, we’ve created over 200 jobs and we’ve organized 30 community events with over 6000 people in attendance. But through all of that most importantly for me was getting to know who I was and what I wanted to do. Basically it’s that I’m a builder and I’m not an investor.”

He called it a “really hard decision,” but ultimately he wanted to get back into the driver’s seat and help lead a company. At PasswordBox he’ll join a growing team under the leadership of Daniel Robichaud. The team has $6 million in funding to work with and has already won some high profile awards and partnerships for its application that keeps all of a users passwords in one secure, cloud-based place. Most recently it partnered with Samsung to provide its biometric sensing technology for new Galaxy S5 phones.

For John Stokes, one of the partners at Real Ventures that hired Jeffrey three years ago to lead FounderFuel, it was a “great experience” working with Jeffrey to build up FounderFuel to what it is.

He said they’ve largely decided on who the next person to lead to program will be, and that Jeffrey’s departure doesn’t necessarily represent a temporary roadblock. “We’re pretty sure that any founders applying to the current cohort are going to be extremely excited when we are in a position to announce it officially,” said Stokes.

Jeffrey told the partners that he would be moving on prior to the programs fifth and current cohort. Stokes said throughout that time they’ve been able to plan for the transition. “It isn’t like Ian came in and said, ‘I’ve got a new job.’ We already knew that in discussions that we wanted to bring in someone new and that Ian was looking at a new role,” he said. “Everyone at Real Ventures knows how the program runs, everyone has input and the person that we’re bringing in does have good knowledge of FounderFuel and its origins. We’re very comfortable that the program is going to go to a whole new level.”

For Jeffrey the new position comes after three relatively life-changing years. He said that leading the accelerator and helping shape different company’s futures allowed him to learn more about himself. Originally he left Montreal in 2006, spending the next four years in San Francisco building out Tiny Pictures, which was a mobile social network for photo and video sharing. It was Instagram “way before its time,” said Jeffrey, who helped build it up to 1.5 million users in one year. The company raised $11 million and eventually sold to Shutterfly in 2009.

He returned to Montreal in 2010 not expected too much from the startup scene, but was pleasantly surprised at how much was being cultivated at the time. He met the partners at Real Ventures, including Stokes, JS Cournoyer and Alan Macintosh, and agreed to lead the new accelerator program they had planned.

Now he admitted it’s time to move on.” The fact is I brought it to a certain point and it’s actually good timing after five cohorts to bring in some fresh blood and some new ideas and see where it goes next.”

Jeffrey will oversee the cohort’s DemoDay tomorrow evening as his last call for duty. After that he’ll join his new company.

“I’m super excited to be joining Passwordbox,” he said. “They’re doing amazing, it’s a portfolio company (of Real Ventures’) and I feel like they’re having a huge impact on the community of Montreal.”

“Obviously I’m a bit sad but also I’m excited. There’s amazing things in the works for FounderFuel and I can’t wait to contribute to PasswordBox and build a massive business in Montreal that people will know from around the world.”

According to research by the Information and Communications Technology Council the ‘app economy’ in Canada generates $775 million per year in revenue, and employs…