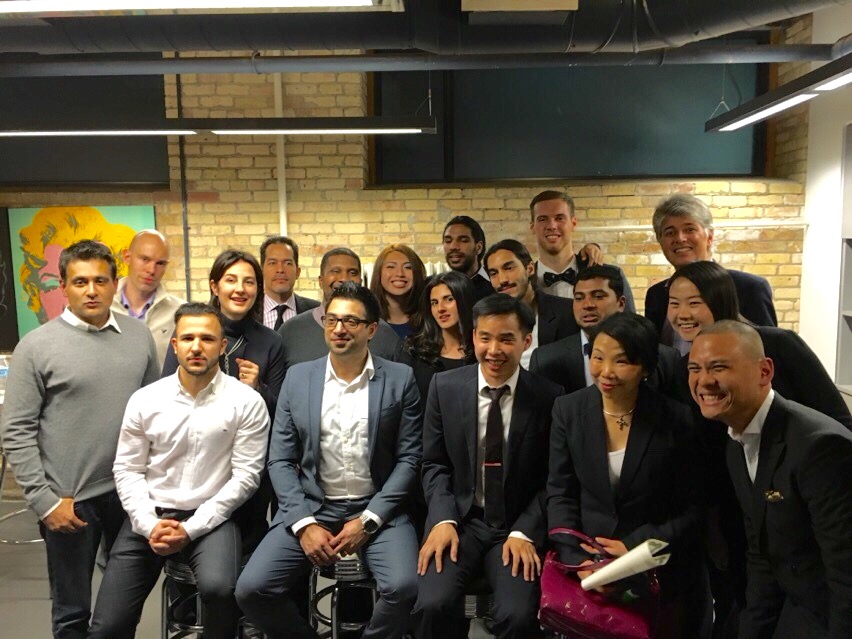 In a sold out room of investors, media, and Founder Institute alumni, the third—and last—Founder Institute Toronto cohort of the year pitched the businesses they’ve built over the last four months.

“In some cases they [FI startups] might just be too early for something like HIGHLINE, Creative Destruction or the DMZ,” said Sunil Sharma, director of Toronto’s Founder Institute and a managing partner at Extreme Ventures. “I think Founder Institute is ideally like a pre-accelerator.”

Out of 50 startups that were accepted into this cohort, only 15 graduated, and so it wasthose 15 startups pitching their ideas at IBM’s new innovation space. The startups varied across verticals, but what many of the presenting startups had in common was a desire to fill the gaps in industries on the cusp of disruption.

One of these companies was Ziversity, which helps employers try to achieve a diverse workforce but struggle to find candidates due to their own hiring networks or recruitment tools. Founder Stefan Palios, himself a member of an LGBT group, runs fundraising for Out on Bay Street networking group for LGBT people interested in working in finance, and was inspired by his experience.

“Businesses know that diversity is good for businesses. In Canada alone, over 200 employers have dedicated diversity initiatives towards finding more women, LGBT people, black, indigenous people, and persons with disabilities,” said Palios. “However, it’s hard to source a wide range of candidates from underrepresented backgrounds on top of business demands and entrenched recruiting patterns like specific schools relationships.”

Another pitching company, FindBob, made a case for disrupting wealth management companies, whose own business operators often don’t have exit plans for their own businesses, and wait until they’re too old before thinking about retiring or selling. According to founder Roland Chan, the average age of independent financial advisors is 59 years old, making this an immediate problem.

“Our industry is headed for a perfect storm,” said Chan. “The fact is, advisors aren’t planning. Specifically for retirement, or they can’t retire because their lifestyle is largely cash-dependent, but for those who do have a plan, the process is far too daunting and it’s difficult to find a buyer,” Chan said. “We dramatically change the conversation from transition as a retirement strategy to transition as a viable growth strategy.”

As the pitching companies move on to growing their business outside of a set curriculum, Sharma expressed his pride in the Founder Institute cohorts thus far — and offered a bit of advice. “Toronto is very much of an international city with people from around the world, and one that has a lot of entrepreneurship passion and energy in the city,” said Sharma. “So it’s not surprising to me that it’s a nice fit with the Founder Institute model, and what I’m hoping to see next is some graduated companies is that they start to take over this global network that they have.”

Toronto is the fastest growing tech talent market in North America, according to a new report by CBRE, a Los Angeles-based commercial real estate…