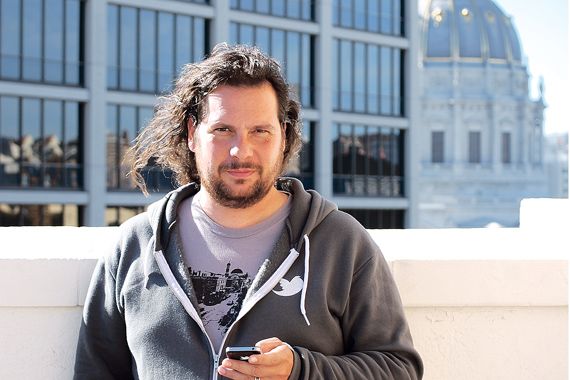 Carle, a born-and-raised Montrealer who calls himself the “Frog in the Valley,” said in a Medium post that he’ll “re-invent their accelerator program.”

“This is a fantastic opportunity for me to continue working with ecosystems, support innovation, crazy creativity, brilliant hackers… I will be joining what I consider to be one of the most founder friendly funds in North America, with big ambitions,” wrote Carle.

An active FounderFuel mentor since the beginning of the program, Carle has also served as an advisor to many Canadian startups. He was also one of the early members of the team that dreamt up the Notman House project. A release said that his personal startup experience as co-founder and CTO of Needium, combined with his valley experience and network “will have a profound impact on the evolution of FounderFuel.”

“We’re tremendously excited about what Sylvain will contribute to Real Ventures and FounderFuel,” wrote Real Ventures partner John Stokes. “He’ll be joining us officially in the next month or so and will be in Montreal to help judge our Fall 2014 Cohort contest at the International Startup Festival in July.”

On his former role at Twitter, Carle wrote that “as much as I have been a Montréaler at Twitter, I will always be a Twitter Developer Advocate, wherever I go…Twitter has changed, is changing, and will change the world. I am proud and humbled to have been able to contribute a little bit to this great company.”

Like Carle, the folks at FounderFuel plucked its former head from Silicon Valley as well. Ian Jeffrey had only just sold his company, Tiny Pictures, at the time he took the position to head up the Montreal accelerator. Now the program looked south for its new face once again.

“We have seen more and more hardware startups applying to FounderFuel over the last 18 months. Vanhawks and Kiwi made it into the last cohort and from early applications we are sure that we will have more in this upcoming cohort,” wrote Stokes. “The nature of these companies is such that they often need a little more cash than software only startups. We are convinced it is important to accomodate the specific challenges these company face at the earliest stage.”