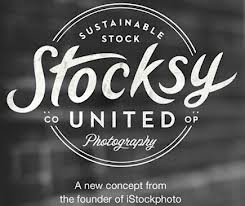 It wasn’t long after Bruce Livingstone sold iStockphoto to Getty Images before he was back in the “stock photo game”. That sale came in February 2006 for a price tag of $50 million.

But in between the sale and this past March when he founded his new stock photo coop, Stocksy, something changed. People who were making a living off of iStockphoto before Getty implemented changes to the site’s structure were quickly disillusioned thereafter. The system in place where contributors could earn higher royalty rates over the amount of time they served the site was scrapped.

“I wasn’t done,” Livingstone told BetaKit, on returning to the stock photo industry. “At iStock some people were making a living and they sort of had the rug pulled out underneath them. Now they’re feeling sort of disenfranchised, their voices are fragmented and they’re kind of desperate for a sale.”

But the stock photo industry, which Livingstone guesses is valued somewhere around $2.5 billion, still has a lot of money to go around provided someone creates the right communities. That’s what Livingstone was trying to do.

It isn’t a startup in the traditional sense, as there’s no VC funding and no one person owning a large amount of equity. Livingstone is financing it through a shareholder loan and all the profits are meant to go to the photographers (or members). It pays all photographers 50 percent royalties for all photos and at the end of the year, it divides 90 percent of its profits equally among contributors and other shareholders.

“We’re jointly owned with the photographers,” said Livingstone. “It’s member driven and they get a voice, a vote. It was created for their benefit and we share efforts, equity and profit.”

Since the March launch things are been looking up for the company. As of November Stocksy is profitable, a quick runway that took just seven months.

Stocksy features about 65,000 images submitted by 480 photographers. It will bring its last 20 on before the new year, going along with its 500 new photographers every year limit. A small, blog-sized photo goes for $10.

iStockphoto has about 120,000 photographers submitting about 20 million photos to the site, which is one of the reasons why people aren’t making as much money. The competition is high. “So we’re focusing on being small and boutique and having really incredible images that are sort of modern aesthetic, that support new ideas for innovation,” he said. “Because I think the world had enough of that old stock photography model.”

“We’re trying to make sure that we don’t create an ecosystem where there’s too much competition in our own ranks,” said Livingstone. ”

All that was left to ask the successful CEO was whether he was happy. It’s a question we don’t often ask in business journalism interviews, but I wanted to know after a huge sale and a new company that is already riding a positive wave, how is life for Bruce?

“I couldn’t be happier. I think this will be the last business I start and the last one I work with,” he said. “I wasn’t done and I really wanted to create something that would be sustainable. I really hope that people will look at this model and say wow, that model can actually work, maybe we should try.”