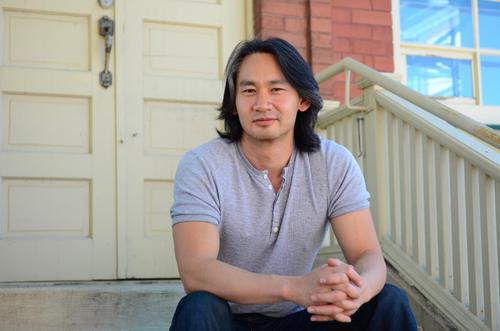 In the early 2000’s, stock photos were “democratized” by startups like iStock Photo, where contributors could upload quality photos and receive between 15 and 40 percent commission. Users could access a wide variety of royalty-free shots for low cost.

Now, Lor and company are seeking to democratize stock video. “Industry reports show 70 percent of business-to-business marketers now use video as a content tactic,” said the CEO Lor. “Dissolve will focus on creative inspiration, ease and affordability. The site will be engaging and clips will be simple to find and license. We will be curating for quality so customers won’t have to waste time searching through clips that are unusable, subpar, or simply too expensive.”

Dissolve is a new “stock video marketplace created to simplify the stock video purchase experience,” backed by a $5 million seed round led by several former co-founders of Veer and iStockphoto, with participation from iNovia Capital.

The company seeks to create “the world’s most engaging content licensing community and marketplace with fresh, high-quality licensable stock video for filmmakers and digital storytellers.” Its targeted audience are Video editors, filmmakers, web designers, and in-house communications departments who want to augment and enhance their custom-shot work. The clips can be used for a large variety of topics, for use in professional television and web-based advertising work, corporate promotions and training videos, editorial and documentary settings, interactive web sites, video games and mobile apps.

Dissolve is confident that the average HD clip it sells for five dollars will be able to attract a customer base currently paying as much as $450 on rival Getty Images. In fact, 95 percent of Dissolve’s varied collection of video clips, which are all in HD, start at five dollars. There are also tiers of $50, $150 and $500, based upon quality and singularity.

Lor has been both a creator and an industry leader in the micro media sharing and licensing space, or the “microstock” industry. Not only did he cofound iStock Photo in 2001 (which was the world’s first crowd sourced stock photography community), but he also held senior marketing and product development roles at Adobe’s Image Club Graphics Division. iStock ended up selling over 12 million images annually, and was sold to Getty Images for US$50 million in 2006.

Lor later moved on to Fotolia North America, one of the world’s leading providers of affordable stock imagery, before heading up Dissolve.

He also recently made headlines in BetaKit for joining 500px as a board member. There he’ll help the successful Toronto-based photo community moving forward.

Lor even spent time with iNovia Capital as an entrepreneur in residence, likely one of the reasons we’re seeing the venture capital firm claiming a piece of Dissolve’s funding pie.

The CEO has evidently put together a solid team for his new pursuit as well. Creative director Sheldon Popiel and brand director Jon Parker were both cofounrs at Veer. Parker later led creative and brand direction at Corbis. Dissolve’s president is Rupa Sandhu, the former brand marketer for Veer.