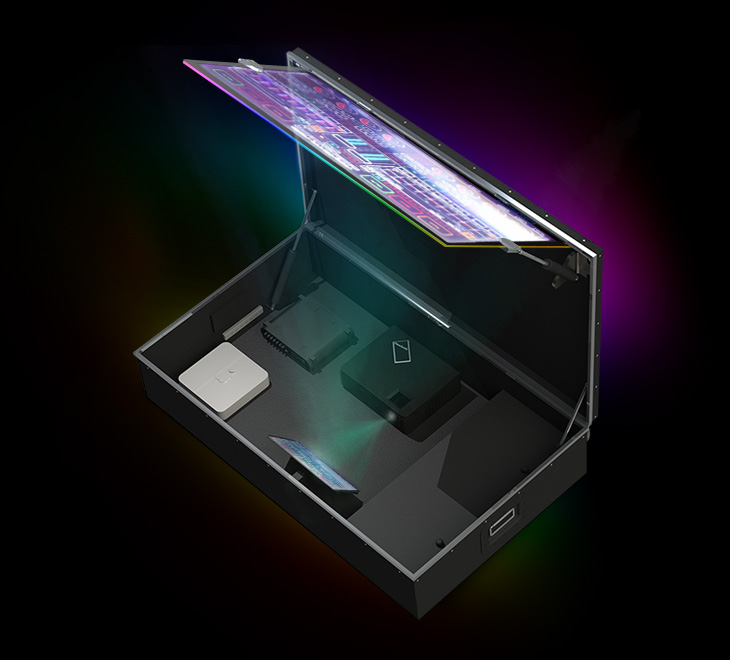 Corey is the former INcubes managing director who hastily departed his post following an ownership dispute with founder Ben Zlotnick. INcubes is a notable startup accelerator in Toronto which recently celebrated the acquisition of one of its alumni, Hovr.It, purchased by Calgary startup Slyce.

Now with SmithsonMartin, Corry, Smithson and the rest of the team have been busy promoting Emulator Elite, labelling it “the world’s most advanced DJ performance system. The Toront0 team spent “6 years and over $1 million in research and development,” making the perfect system at whatever cost. It’s priced at $15,500 USD.

“We have spent the past nine months in the lab perfecting the hardware and software to give performers a new tool that will set them apart from all others,” said Smithson. “We set out to make the ultimate performance piece that would attract only the most professional and innovative artists”

The system in question is a multi-touch music DJ interface featuring a hardware / software combination. It features a large touch screen, a Full-HD 1920×1080 projector, a world-class 24-bit Motu sound card and an on-board i7 Mac Mini computer with complete OS X compatibility.

The system “engages the audience with a direct view to the DJ’s actions. It also allows the DJperformer to send the audience messages, control light shows, and connect with their fans in a way never before imagined. From displays of the audience’s live tweets to sophisticated digital art visualizations, Emulator ELITE takes DJ performance to a futuristic and dynamic visual spectacle of creative live music expression,” according to a release.

“Artists now have freedom to create an interface that is both functional as a midi controller and embodies their style in one complete performance system that the crowd can see,” said Corry. “Never before has an artist had the ability to show the world exactly what they are doing on their equipment live on stage. The engagement of fans on Twitter, Facebook and YouTube has been overwhelming. We’ve seen over 150M views of videos featuring Emulator to date.”

While most people claim that traditional publishing is dead, one unexpected company thinks that it just needs to be revamped. Multinational corporation General Electric…