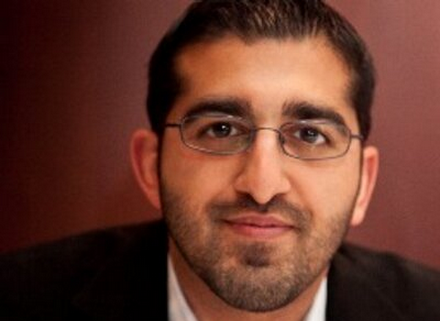 A US-based former investor with 500 Startups is saying that Canadian entrepreneurs need to get a bit more gutsy.

It’s a familiar refrain that seems to reoccur in the front pages of Canadian tech news sites: big bad foreign VC dares to challenge our perception of how our entrepreneurs are looked at on a global scale. And then everyone gets mad, tells the VC to go home, and then we forget about it.

Paul Singh oversaw investments in more than 500 companies across 35 countries, including about 20 in Canada. Last year, he left 500 Startups to start Washington-based Disruption Corporation, a research company. The interview in question came with the Financial Post‘s Quentin Casey.

“Canada has a bit of a messaging problem,” said Singh. “A lot of people outside Canada don’t really know how much good stuff there is up there. Inside Canada, many of the entrepreneurs have a confidence problem. In my opinion they’re just as good as their U.S. counterparts, and they’re just as capable of building big businesses. But for whatever reason they don’t seem to be swinging for the fences.”

He’s right and there’s nothing wrong with that. It just means that Canada as a nation needs to continue to support its entrepreneurs through smart public investment, which it has been improving upon with the Northleaf Venture Catalyst Fund of Funds. On the other hand our nation needs more time for its private sector to beef up. Silicon Valley and the PayPal mafia weren’t born in Toronto. They were born in California, and as such it was always going to take a bit more time until Canada gets its inaugural first massive exit.

Articles like this seem to re-surface every few months for a few good hits on whatever site it appears on (and this is nothing against Casey, who I really enjoy reading). They’re always good to rile people up.

However, I found myself agreeing with nearly everything the American investor had to say.

Singh argued that two problems are eating away at Canadian entrepreneurs: confidence, and our investors might not be giving them incentives to “swing for the fences.” He also said there’s way too many accelerators out there and government-funded tech initiatives should be lessened.

“It’s not that all Canadian founders lack aggressiveness and boldness. It’s just that there’s very few who have it. That’s a shame because I see a lot of opportunity in Canada and I shouldn’t be the only one who sees it,” he said. “In the U.S., it’s not crazy for somebody to come over and say, ‘Here’s what we’re doing and we’re going to make a billion dollars.’ Nine times out of 10 you know that’s total BS. But the ambition is there.”

It appears as though Singh is putting his money where his mouth is: he told Casey that he’s trying to organize a program where select Canadian entrepreneurs will visit a space in the US and work alongside American entrepreneurs, learning “by osmosis”. “Within the next six to 12 months I’ll figure out the program and try it. I don’t know if it will work. But I also don’t know how else to import that sense of urgency and that sense of confidence,” he told the Post.

Singh was also opinionated on another issue that’s seemed to be popular in Canada over the past few months, over how government money should be spent on tech innovation.

Victoria-based Plurilock Security Solutions (Plurilock), which provides behavioural-biometric cybersecurity tools, announced that it has surpassed $1 million in revenue in the midst of launching…