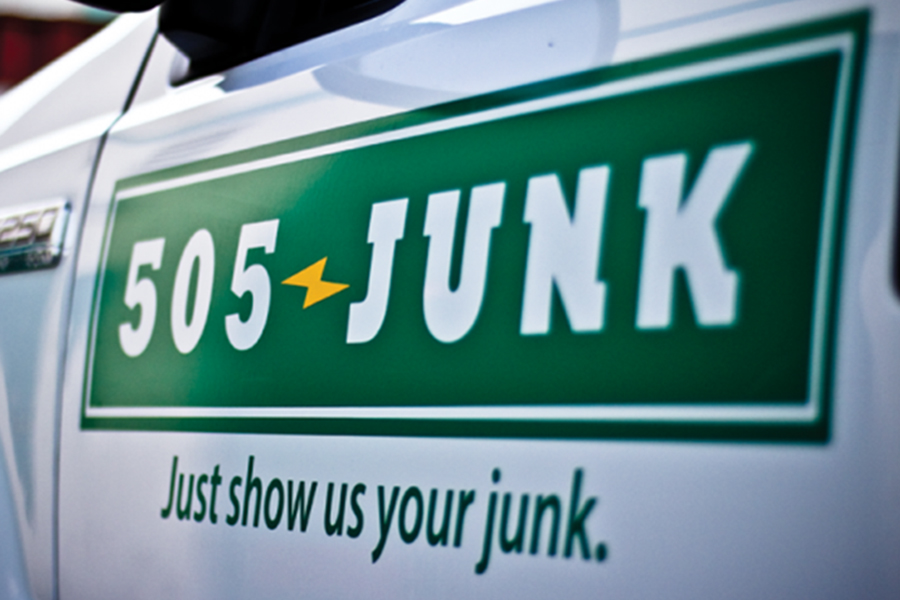 Finding hidden treasures, dropping off goods for charity, and providing award-winning service is all in a days work for Barry Hartman and Scott Foran, but its the sharing of such experiences through social media that allows their small Richmond-based business, 505 JUNK, to compete in a highly saturated industry.

“We use social media to not only build our brand awareness but to share our story so clients can have an inside view of our company,” said Hartman. “It allows us to connect with people that maybe we wouldn’t have been able to connect with before because of the cost of advertising.”

According to Hartman, the junk removal business can be very competitive, largely because anyone with a pickup truck and a free online ad can enter the market. Social media has provided 505-JUNK with an edge over the competition by allowing them to build an online audience without requiring additional costs or resources.

“It does cost money to purchase eyeballs,” said Hartman. “But on social media, as long as your putting out good content, you’re doing the right thing and you’re a transparent business, people are going to be motivated to share it. You don’t need a huge budget.”

In its brief three year history 505-JUNK has grown from a home office to a downtown location, more than 90 per cent of which was furnished with recycled materials. In that time Hartman and Foran have been nominated for the 30 Under 30 award by the South Delta Leader, won the 2013 Rising Star award by the Delta Chamber of Commerce, and were nominated for the Best Community Impact Award by Small Business BC, among others.

“I don’t think we would have been nominated or won awards (without social media), because nobody would have heard of us,” he added.

Hartman says his and Foran’s five-person team depend on their smart phones for instant communication, but also use their devices to share real time stories with their Facebook, Twitter, and Instagram audiences. “It’s important that we have that connection, because it’s essential to the business,” he said. “We make sure all of our employees are connected through the Rogers LTE Network, either through tablets or smart phones, and it allows us to stay connected and share our stories online.”

Hartman adds that Rogers has literally helped the company since day one, when they assisted in securing one of the last phone numbers in the area ending in 5865, or “JUNK.” Today, their Rogers devices remain among the most essential they bring to job sites.

“We’ve never had an issue with dropped phone calls or the LTE network going down, which is really important when we’re doing mobile payment processing with the tablet,” said Hartman.

With a new office, a growing fleet of trucks and an expanding staff, Hartman and Foran are excited to continue sharing the stories of their friendly, charitable, social-media loving company. “We’re taking more of an organic approach, and we’re confident that as long as we’re out there doing the right thing and sharing quality content with people, they’re going to like, comment and chat about it,” said Hartman.