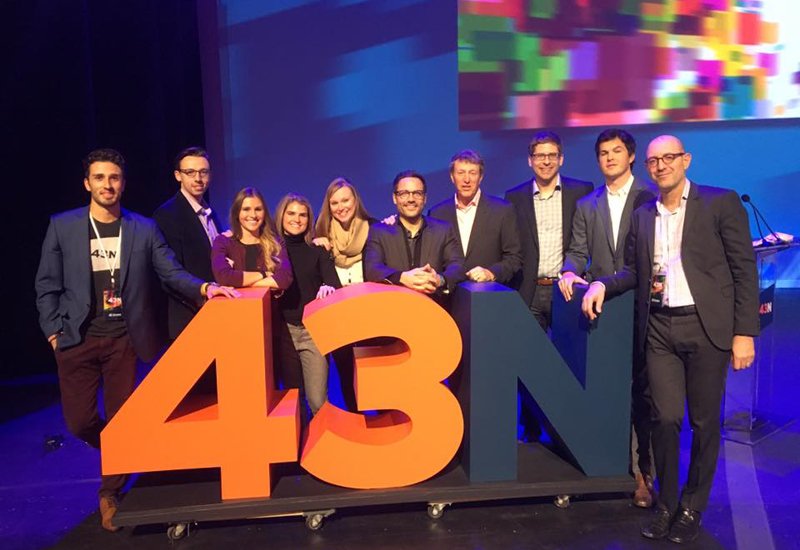 For the past three years, the 43Northcompetition in Buffalo, New York has invited startups from around the world to pitch for $5 million in prizes. The competition is part of Governer Andrew Cuomo’s Buffalo Billion Initiative, a $1 billion commitment to boosting the local economy — well-known for struggling due to a decline in the manufacturing industry.

Considering its proximity, Ontario-based startups have been a big part of the annual competition. In August, 26 Ontario startups were announced as finalists, and three Ontario companies were named winners last year.

“Now is the time to start commercialization and production, so we need funding and expertise…and the timeline matched up to 43 North.”

This year, another Toronto startup kept up that winning streak. Toronto-based Formarum was among the six $500,000 prize winners this past October, and with that prize comes free incubator space in Buffalo for one year, guidance from mentors, and access to business incentive programs. At the same time, one of last year’s Canadian winners, CleanSlate, hit a 43North milestone: they were the first 43North alumni to receive $300,000 in additional funding for strong trajectory growth.

“One thing that was quite new to me was presenting to a larger audience. So the final round of pitches was an audience of 3,000 people in a big theatre,” said Seyed Nourbakhsh, CEO of Formarum and a chemical engineer by trade. “From a business point of view, I’ve seen a lot of pitches, I’ve been to multiple competitions, and this was definitely the top competition in terms of quality of companies.”

The company has been developing its flagship product, Dive, for the past three years. Designed for swimming pools, Dive allows swimming pool owners to skip the process of manually adding disinfecting chemicals, which can be hazardous and involves putting on gas masks and gloves. Formarum promises that its wirelessly-controlled Dive product can perform salt chlorine generation and copper silver ionization all in one solution — which the company says reduces chemical use by 90 percent.

On a larger scale, Nourbakhsh says that through Dive, the company has developed a turbine technology that allows for the creation of self-powered and self-contained devices that can be installed in pipes. Formarum eventually wants to move beyond the swimming pool industry and develop turbines that eliminate the need for external components like control panels, electrical cables, and communication modules.

“It was a really long process [of R&D], and just recently we finished testing on the product,” said Nourbakhsh. “Now is the time to start commercialization and production of the product, so we need funding and expertise and mentorship. And the timeline matched up to 43 North.”

As the 43 North prize includes incubator space in Buffalo for a year, Formarum plans to use the funding to move production and manufacturing to Buffalo. The team also plans to spend the next year building the team and business in the area, noting that as a hardware company in Canada, Formarum has had difficulty raising capital.

“The city of Buffalo seems to really be on the upswing,” said Nourbakhsh. “Seeing the city and how the whole community is involved in rebuilding that that city, it’s great to see and something entrepreneurs like…seeing things on the upswing and seeing it grow.”