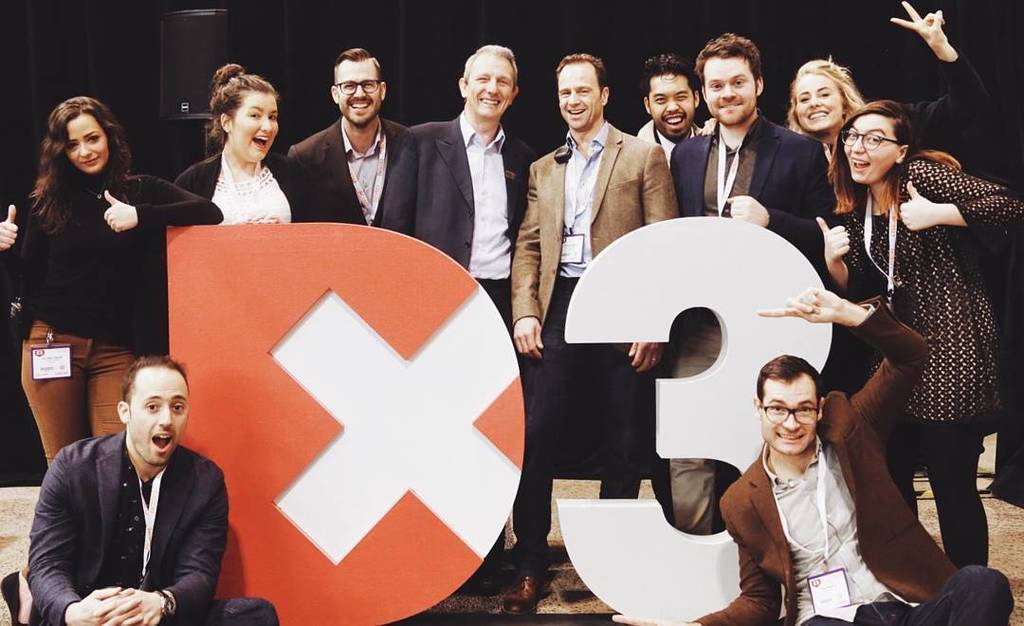 Thousands of people stormed the Metro Toronto Convention Centre this week for Dx3, Canada’s biggest digital conference. Those browsing through the showroom floor got the chance to go on Brain Dates, where they met one-on-one with some of the speakers, play ping pong with Shopify, while having a sip of tea courtesy of the teaBOT. Looking for a change of pace? Stop by HIGHLINE’s tiny house, where they hosted one-on-one interviews in a cozy environment.

Given the snowy weather, we wouldn’t be surprised if not everyone could make it. Here’s a guide for those who didn’t get a chance to catch the conference.

Canadian retailers are missing out on IoT opportunities

According to an International Data Corporation report, 114 million IoT devices will be installed in Canadian homes by 2018. Though only two years away, there are still barriers to mainstream tech adoption among retailers in the country, as only 12 percent have implemented IoT tech. BetaKit’s editor-in-chief Douglas Soltys sat down with IoT leaders like ecobee VP of marketing and ecommerce Rahul Raj, Intel Canada director Elaine Mah, and eMarketer analyst Paul Briggs to talk about the benefits of IoT for marketers and consumers. “Products like RFID have been around forever, but it’s how we combine that to create an extraordinary opportunity. It’s really about connecting the things,” said Mah.

While the potential benefits of an IoT future are clear, so too are the impediments: eMarketer data presented during the panel placed security, privacy, and price as thre major barriers to entry. Still, the panel remained optimistic.

“We’re trying to be as proactive as possible, but the future keeps changing,” Raj said.

What big brands can learn from startup growth hackers

Growth hacking doesn’t need to inaccessible to non-technical marketers. That was the premise that Borrowell head of growth Jeff Goldenberg and Shopify content marketer Tucker Schreiber tackled during their talk 10% to 10X: growth hacking for marketers talk. Both stressed that the ideal growth hacker or marketer needs to embrace risk and failure to figure out the best growth strategy for their company. “Whoever iterates the most often the fastest is going to win,” said Goldenberg. “Most of the biggest businesses got that way from dominating one channel, not having 90 work for them.”

“Being where your audience is is really important,” Schreiber said.

Why @Shopify is getting into podcasting: "we would rather be the entertainment than the interruption." #Dx32016

As the freelance economy gains traction and the cubicle-laden workspace becomes obsolete, co-working spaces are taking advantage. But for those who want something in the middle — a quiet workspace on demand — Breather is there (WeWork was supposed to present, but couldn’t make it due to the storm).

Ashleigh Berger, general manager for Breather, say that they’ve seen people use Breather for a variety of reasons from client meetings to baby showers. “The physical space is changing in a lot of offices in Ontario,” she said. “The principles of the industrial era are still prevalent in our offices today. We’re sitting in cubicles, departments are working in silos, but there’s a move towards more open and collaborative workspaces.”

Vice relies on young people to keep its content relevant

From a Montreal-based magazine in 1996 to a $2.5 billion media empire today, Vice has managed to maintain its countercultural image and a trusted news source for millennials; it’s even expanded to “more serious” news including documentaries on site in North Korea. “We wanted to be everywhere and we set out to be platform agnostic. We strived to be everywhere at all times,” said Ryan Archibald, managing director for Vice Canada.

Besides creating the sort of content they want to see, Archibald said it’s important that Vice’s content is driven by young people — which is likely the reason why Vice has managed to rise above the rest of Canadian media. “We have lots of millennials on staff, and sometimes we’ll do an internal sniff test,” he said.

PayPal showcases only the best in the Startup Zone

On the Dx3 showroom floor, 25 retail and marketing-focused startups earned their place in the PayPal Startup Zone; fifteen of these startups had the chance to pitch to two expert panelists from PayPal Canada, including Kerry Reynolds, head of consumer marketing, and Kevin Zemnickis, who works in business development of PayPal’s mobile side, listened to startups like Grabb and ConferenceCloud make their case for why they were revolutionizing retail. In the end, analytics company Granify, which helps ecommerce retailers reduce shopping cart abandonment, and Sampler, which runs digital product sampling strategies, won their hearts.

“It was gratifying to see the featured startups, hailing from the Atlantic to the Pacific, collaborating with each other and showcasing their work to the masses,” said Alexander Peh, head of mobile and market development at PayPal Canada. “At PayPal we are constantly seeking out opportunities to highlight home-grown Canadian startup talent and the PayPal Startup Zone at Dx3 was a perfect platform.”