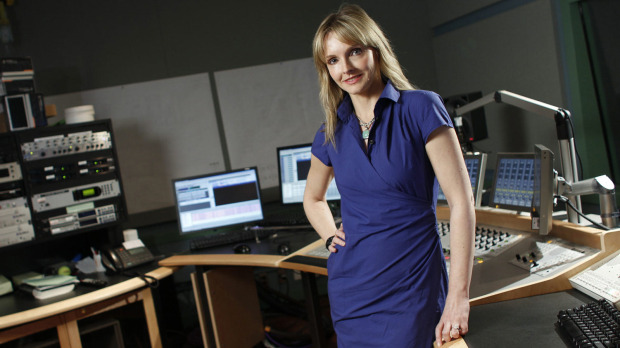 Move over Sheryl Sandberg, there’s another female social media exec ready to push her manifesto to the shelves. Twitter Canada head Kirstine Stewart will publish her first book, Our Turn, on women leaders in a time of new opportunities, with Random House Canada.

The book is set to be published for spring 2015.

The nature of the book will focus around how a “new kind of business takes on a new kind of leader,” a sentence she said to the Rotman School of Management in late October. The book looks at women leaders in a time of generational shifts in the workforce and changing corporate values and opportunities, particularly in the world of new technologies.

Stewart was formerly the head of CBC where she dealt with 5,000 employees and a challenging public funding model, followed by her current job leading Twitter Canada at a transformative stage for “the world’s instant communication system.” Drawing on her experience, Stewart will look at “how new media technologies are breaking the rules of corporate organization and inspiring new business models based on flexibility and creativity,  and how these new structures are creating greater opportunities for women.”

Women, said Stewart, are well placed to take advantage of this shift: “Women have long been pushed to conform to what people have valued as traditional masculine leadership traits in business. Now that business values, and the values of what is expected of leadership, have changed, women are primed to take their place among leaders at the top.”

“Changing the definitions of success and leadership so they better fit us all is a hugely important thing to do,” said Knopf Random Canada Publishing Group’s Anne Collins. “Kirstine Stewart is leaping ahead with the conversation started by Sheryl Sandberg’s Lean In, showing us why the time is now for new ideas and female leaders, and how the new nimble business models and the new generation of women and men entering the work force will create success with a more female face.”

Stewart earned a Bachelor’s degree from the University of Toronto, and is a graduate of the Global Leadership in the 21st Century program at Harvard University. She’s also a member of the Forum of Young Global Leaders, selected to advise the World Economic Forum. She was named Canadian Woman in Communications (CWC) 2010 Woman of the Year, and has been recognized by the Women’s Executive Network as one of Canada’s Top 100 Most Powerful Women. Most recently, Playback Magazine named Kirstine their Person of the Year 2012, and Strategy Magazine recognized her leadership in taking CBC to Brand of the Year 2012.

H|T: The Healthtech Times – Breaking up with your therapist