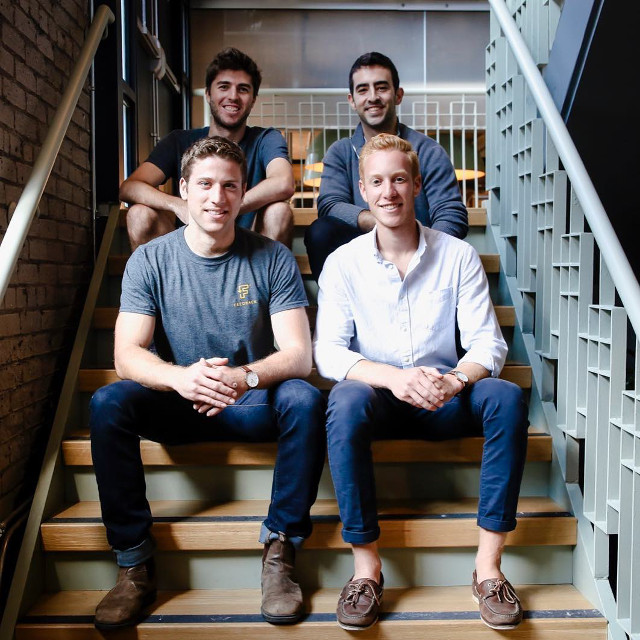 While many startups say they’re interested in changing the world with their product, it’s difficult to actually bake that mission into the everyday function of the business. However, Feedback is working to do just that.

The startup allows users to order discounted food from restaurants that would have been otherwise thrown out. Deals — which can be up to 70 percent off food — are time-sensitive, and often based on a restaurant’s off-peak hours when they would be struggling with sales. Since winning the $36,000 prize at the WeWork Creator Awards targeting early stage startups, the company has been working away from WeWork’s Toronto space to expand both its product and its social mission.

“It’s tough, especially when you start a business from the beginning before you have a lot of sales and a lot of money to give back,” said Josh Walters, co-founder of Feedback.

Walters co-founded the company after a trip to Italy. At a local pizza shop, Walters was offered two free full pizzas that the owner would have otherwise thrown out. Realizing that otherwise-good food is going into landfills all around the world, Josh brought the idea to his cousin, Ben, and the idea for Feedback was born (Ben is now CEO of the company).

The company says that its key differentiator is its focus on charity; it’s currently partnered with Second Harvest on a matching program, so that meals purchased through the app equate to meals donated to those in need.

To keep the experience interactive, users can also go onto a ‘community’ page to see how much they’ve donated that month and where the money is going. He acknowledges that this is difficult as an early-stage startup working to make ends meet, but says it’s important that users feel like they’re part of “something bigger, instead of just another food ordering app.”

“It’s the idea that with we sort of grow up believing that a win has to come at someone else’s expenses. We wanted to create a product that was a win for all parties involved,” said Walters.

While the company is currently only serving Toronto, the plan is to expand to smaller towns and university communities, where Walters says that the population is more likely to consider sustainability and eating local. Currently, 200 restaurants are using the platform and the app has 17,000 users.

“People are inundated every day with so many different apps and services and conveniences, and it makes giving back and being charitable inconvenient because there’s all these UberEats services, where you get [food] deliver to your door. So we fundamentally thought we had to make doing good as easy and convenient as possible. If we can make this something people would use without that charitable aspect, the charitable aspect would help with user retention.”