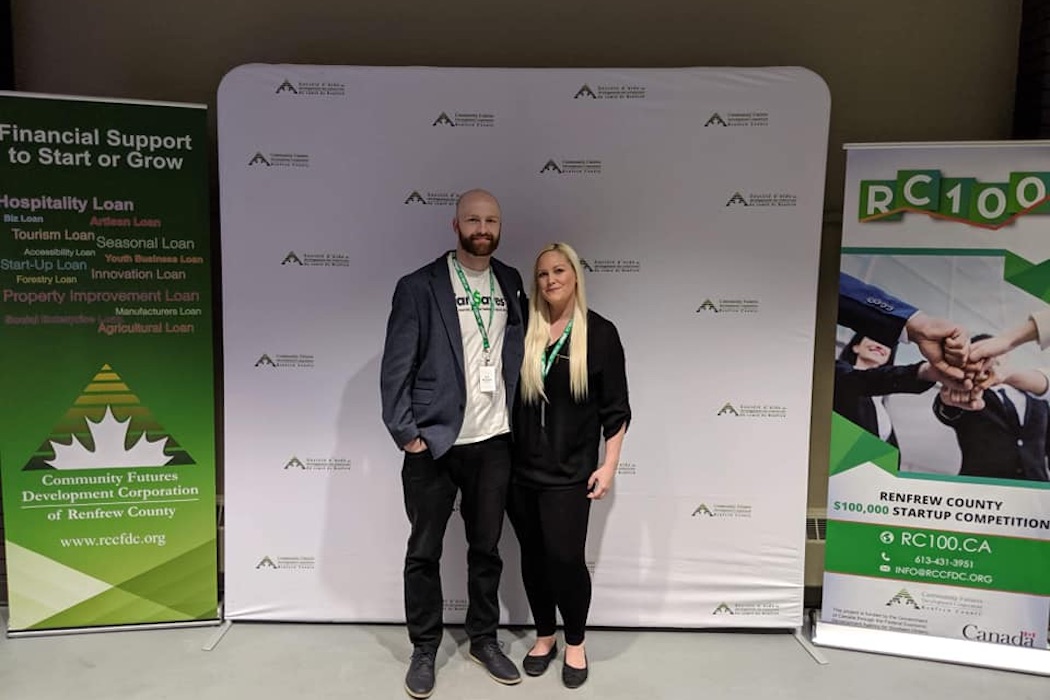 “We want to show the world that Renfrew County is the place to do business and we want to prove that a rural county can help produce a world-class tech startup.”

The Cornwall-based startup helps sports teams and other organizations, including towns, e-sports, events, universities, schools, and influencers, by offering fans discounts and deals from sponsors of their favourite teams and organizations. Following the win, FanSaves plans to run its own innovation project in Renfrew County in the fall, hoping to offer locals the chance to help the co-founders solve challenges faced by the entrepreneurial community.

“We want to prove that you don’t have to live in Silicon Valley to be a successful tech company,” said Shannon Ferguson, co-founder and CEO of FanSaves. “We want to show the world that Renfrew County is the place to do business and we want to prove that a rural county can help produce a world-class tech startup. The RC100 investment will make this possible.”

FanSaves was co-founded in 2017 by Ferguson and COO Kris McCarthy, with a goal to help increase sponsorship sales and visibility for junior and professional sports teams, while also growing fan engagement. FanSaves’ platform now features 20 teams from across Ontario and the United States, including in New York, Connecticut, and North Dakota.

The startup’s offering function like a digital coupon app, where if a restaurant, for example, is a sponsor of a local sports team, fans of that team can obtain a discount from that restaurant by downloading the app and following the team. Each redemption is listed in a dashboard, unique to users’ team or business, also providing customer analytics and a way to track return on investment.

“We are excited to be backing FanSaves,” said Ray Bonenberg, chair of Renfrew County CFDC’s board of directors. “The innovative software is impressive but even more so, the people who are behind its commercialization.”

FanSaves has previously been selected as a Top 100 Startup of the Year semi-finalist and will be competing in the international competition in October. The company’s founders also represented Canada at the Global Get in the Ring pitch competition in Berlin, Germany in June.

“We’re so happy to be able to give people in Renfrew County the opportunity to really impact our startup and in turn give people job opportunities that can really launch them into an exciting career,” said McCarthy.

Small business owners already have a great deal on their minds when it comes to their daily business operations, and Minnesota-based WhenIWork believes shift scheduling…