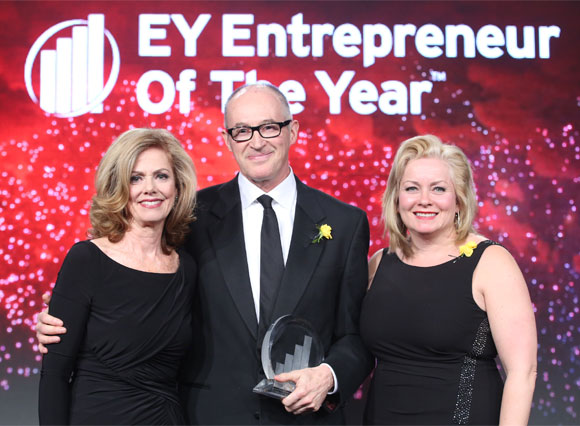 At a gala event last night, EY named Michael Donovan its Canadian Entrepreneur of the Year. The Executive Chairman of global film and television company DHX Media, Donovan was named for his industry foresight in the value of web content for children’s programming.

“Michael Donovan had a vision, and jumped into family entertainment content with both feet,” said Colleen McMorrow, EY partner and National Entrepreneur Of The Year Program Director. “But his success is no stroke of luck. He has proven himself as a diligent and persistent businessman, first in producing and distributing shows around the world and then in strategically growing DHX Media to become the world’s largest independent library of children and family content.”

Prior to forming DHX Media, which went public in 2006, Donovan was known as a producer of award winning content, including Made In Canada, This Hour has 22 Minutes, and Bowling for Columbine. The Executive Chairmen will now compete against 50 other country winners for EY’s World Entrepreneur of the Year award in Monte Carlo next year.

The gala also honoured the four Canadian women in EY’s Entrepreneurial Winning Women program, which acts as an accelerator to help female entrepreneurs develop networks and access capital to grow their businesses.

Is P2P the future of lending?

Last night, the MaRS Discovery District held a panel discussion on the future of lending, with specific focus on the peer-to-peer lending sector. Peer…