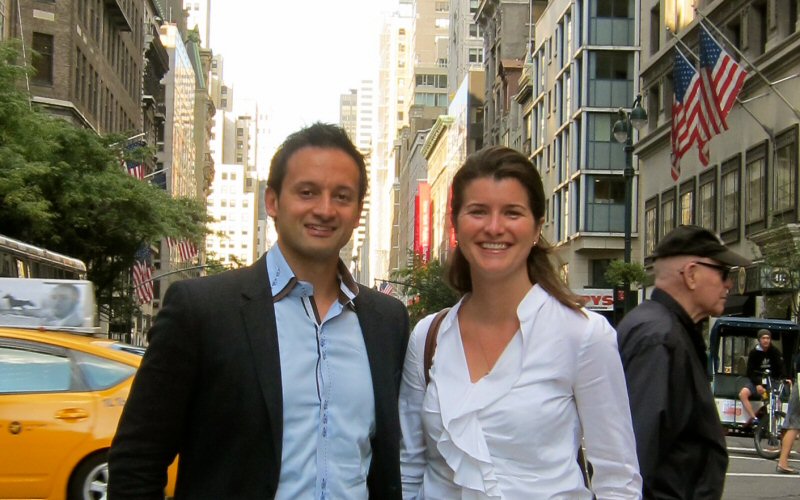 We didn’t hear much from Marcus Daniels since he took on the position of Extreme Startups’ Managing Director earlier this summer. Now that’s all changed, as has the Toronto-based accelerator program he took over.

Extreme Startups, which has produced such venture-backed startups as Koge Vitamins, Shoplocket and Locationary, has split its program into three categories. Daniels was on hand in New York today to make the announcement about the organization’s “market-driven” evolution. It went from a singular, 12-week cohort program to three integrated programs centered around “an innovative new founder development curriculum”.

“The accelerator model is at a critical inflection point as the market is now flooded with hundreds of programs that graduate founders that are not VC fundable,” said Daniels. “We believe our new integrated three-program approach, which is firmly rooted in advanced digital product management training, will result in more startups securing institutional seed capital.”

The new programs will allow for both continuous and multi-entry points. A startup can join each program one-by-one, or join any of the three depending on the stage at which the company is in. The three new programs are:

Like Extreme Startups, the goal of the new programs is to “supercharge” founders development and help secure institutional seed capital.

Daniels also announced that Lauren Robinson, a former investment banker and international program developer, has joined as Head of Operations and Learning to spearhead the launch of the Founders Academy and help scale globally via curriculum development partnerships.

Before July of this year when Daniels came on board, former directors Andy Yang and Sunil Sharma quietly left their posts. Sharma moved on to join STEM 7 Capital, a new Toronto-based investing company. Yang, meanwhile, mysteriously left without much explanation as to why. While writing this Financial Post story a few months ago, calls to Yang went unanswered. In early September however, we reported that Yang became 500px’s COO.

Extreme Startups produced some decently successful companies in terms of raising follow-on funding, while the overall quality of the program was constantly affirmed by several industry insiders. The July shake-up in terms of management probably indicated a change in creative direction, but no one could have predicted this type of structural program. Few, if any accelerators have ever gone this route and it will be interesting to see how it works out.

Daniels was certainly correct today when he said the market was “flooded” with founders who fail to do much after their three months of direction. If the change in direction turns out to be wildly successful for Extreme in a few years, Daniels will appear to be one smart cookie.

Ritual cuts staff in half, reduces operations due to COVID-19