It’s early afternoon, and many entrepreneurs and tech enthusiasts are moderately rested and ready for a long night of great music and amazing people at the Rifflandia Music Festival in Victoria, BC — the culmination of three long days of demos, pitches, and pub nights at Experience Tectoria. But first, the entrepreneurs are gathering for an event to conclude the entirety of the experience: a roundtable discussion about Victoria’s vibrant tech sector.

Experience Tectoria serves to explore and highlight some of Victoria’s brightest and most promising tech startups. VIATEC—an accelerator program—is the product of an amazingly underrated technology scene that lives on Vancouver Island. The Experience event provides an opportunity for investors and media to congregate around a demo night, funding pitches, loads of food, and plenty of mingling.

Overall, the event is about selling the Victoria lifestyle to a group of talented people that the city would benefit from.

When you walk through the streets of downtown Victoria, on a blustery day—one that started with a thick fog, and a curtain of rain —there’s a strong presence of history, and the quieter streets, in an otherwise bustling tourist town, feel welcoming. Victoria, the capital of British Columbia, dates back to 1862, and today (mostly due to vertical building regulations, and being surrounded by water) has a small population of roughly 80,000 — though Greater Victoria has a population of 344,615.

There’s a ton to dive into here. A past that will tell a thousand stories, and during all of my wandering, I was listening. Before the arrival of the Europeans in the 1700s, Vancouver Island was a thriving community of Coast Saalish People. Fort Victoria played a major role in the Great War, and the city has always been one of the first lines of defence for the Canadian Navy. But it’s now a peaceful and highly artistic city.

On the corner of Pandora and Wharf is the Swan’s Hotel, right near the bridge to the West Bank of Victoria. She’s old, and classic. Gathering in the penthouse suite—a three story dream with a full rooftop deck currently owned by the University of Victoria—are the who’s who of the tech world and their counterparts in investment.

Sean Silcoff from the Globe and Mail led the roundtable discussion that probed both visitors and locals alike about what makes Victoria a great place to be, an ideal city to start, or a top-tier location to move to.

Two consistent themes cropped up in a constant show of pride by Victorians, which perked up those in the room looking to invest in the companies there.

What makes Victoria so successful?

Living in the shadows

People often don’t realize that Victoria is the capital of British Columbia, and not the little sister of Vancouver as its perceived. One of the things that has helped Victoria grow, succeed, and make exits with their companies is this shadow. According to the Victoria Angel Micro VC Fund Analysis, exits in the past five years total $217 million, including companies like Mediacore, Go2mobi, EDOC, and Procura

A list arose during the discussion. One that included names like Santa Cruz, California; Boulder, Colorado; Austin, Texas; and even Canadian destinations like Kitchener-Waterloo, Ontario. There is one thing that all of these blossoming cities have in common: above everything else, they live in the shadow of a more “popular” town. And maybe it’s this sense of being ignored that make it a more fruitful atmosphere.

In a “sister-town”, rent is cheaper, most of them have large postsecondary schools, and the general population of the world isn’t paying any attention in their direction. As creators, it’s far easier to attempt the unpredictable when people aren’t looking at your activities through a microscope.

A step ahead in gender equality

The downfall to the young entrepreneurs in Victoria is a lack of staying power. Victoria needs a Google, Salesforce, Slack, or Shopify.

A few weeks ago, the biannual Women in Technology Leadership Roundtable published their Women in Tech study that included some sad numbers on the lack of diversity in Silicon Valley. Astoundingly un-futuristic, Google reported 17 percent female employment in tech roles, alongside 15 percent at Yahoo, 15 percent at Facebook, and 10 percent at Twitter. Less than 25 percent of management and leadership roles are held by women at those companies—some of the world’s most recognizable brands in technology.

The report also stated that the wage gap between men and women was at 18 percent, meaning that women earn just 82 percent of what men do in identical roles.

According to an internal compensation study from Viatec however, Victoria boasts a rapidly rising percentage of around 30 percent female representation in technology roles (this study is only available for purchase through VIATEC). Impressively still, more than half of startup management or senior roles are held by women, in what can only be described as those in the room “as the way it should be” — though the room, which was mostly filled with men, didn’t reflect the diversity that they were eager to brag about.

On top of progression made in diversity, the wage gap is also monumentally only at three percent. Victoria has an immense stash of talent, and those in hiring roles seem to have the right mindset when it comes to hiring the best available candidate without bias. This year, five of the six companies to receive VIATEC Tech Awards in 2016 are lead by women.

But inside the room was a ten-to-one margin of men, and a twenty-to-one margin of people of colour. Victoria is ahead of the curve when it comes to diversity, but after these conversations and pats on the shoulder in celebration, it’s ironic that I was in a position to ask the coordinators of the event how they think they can make rooms like this more diverse.

There’s a tendency to view millennials as a nuisance, or the death of an established balance within business. But this isn’t something that is bred in Victoria’s culture. As old as the city may be, great schools like the University of Victoria provide strong and hungry youth. That’s exactly who’s responsible for shaking up a lot of this rusted system. And it shows in Victoria when startups like Blastworks, Codename Entertainment, Flytographer, and Tellwell Talent are standing at an impressively young age pitching for investments, or winning big awards like the VIATEC Technology Awards.

Victoria’s wage gap between men and women was the smallest of the 25 major cities in one study.

The consensus was that people just have to come. Once. It’s hard to be put-off by a city that shows so much life, and art, and beauty. Just getting them to put their boots on the cobblestone streets of the second-highest rated creative city in Canada, according to Martin Prosperity Institute director Richard Florida.

In tandem with the beauty of British Columbia is the consistent government support. With a recently announced $100 million dollar venture capital fund, and near industry leading tax credits, there are financial benefits to living and working out of stunning BC.

The Canadian Centre for Policy Alternatives published a report stating that Victoria, BC is the best place in Canada to work as a woman. Citing comparisons of income and unemployment, relative to the male population, Victoria scored first overall, and took the top rank in Economic Security, and Leadership.

Victoria’s wage gap between men and women was the smallest of the 25 major cities in the study that included Vancouver, Ottawa, Montreal, and Calgary, at just three percent. Among promising statistics in employment is the fact that Victoria was the only city in the study where women outnumbered men as elected officials, including holding five of nine seats on city council.

Given the fantastic statistics that support a strong atmosphere for women, there’s no doubt they can draw in more as the years go by.

A few people brought up the idea that most places known for their technology industry have one thing that put them on the map: a household name. As of right now, the downfall to the young entrepreneurs in Victoria is a lack of staying power. More than the majority of exits by these small, young tech startups have happened well before they needed to, and many times the culprit is wanting to move on and do something else.

Victoria needs a Google, Salesforce, Slack, or Shopify. A name and a logo in the skyline that instills a solid foundation of business. A company that puts Victoria on the map permanently. One flagship resident can work wonders for the popularity and relevance of your town.

Once that happens, it will no longer be a city that needs to convince you to show up, but rather a place that is begged to accept more tenants.

Victoria is a place I can confidently say is one of the most underrated tech cities in Canada (maybe even North America) and will soon be a go-to technology destination. Every burgeoning metropolis is seeking growth, and the good ones never slow down. So while Victoria has a lot of work to do, they’re in an amazing spot. By improving on their successes and solving their shortcomings, Victoria might just take over Canada’s tech community. 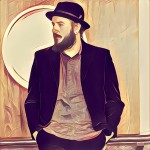 Wyatt Fossett is a creative writer living on the West Coast of Canada. Known for his dry wit, and cynical scenes, Wyatt has thrived for over a decade covering the video games and tech industries.

Reza Moridi, Minister of Research and Innovation, was at Communitech this morning in Waterloo and announced a partnership with the Campus-Linked Accelerators (CLA) and…