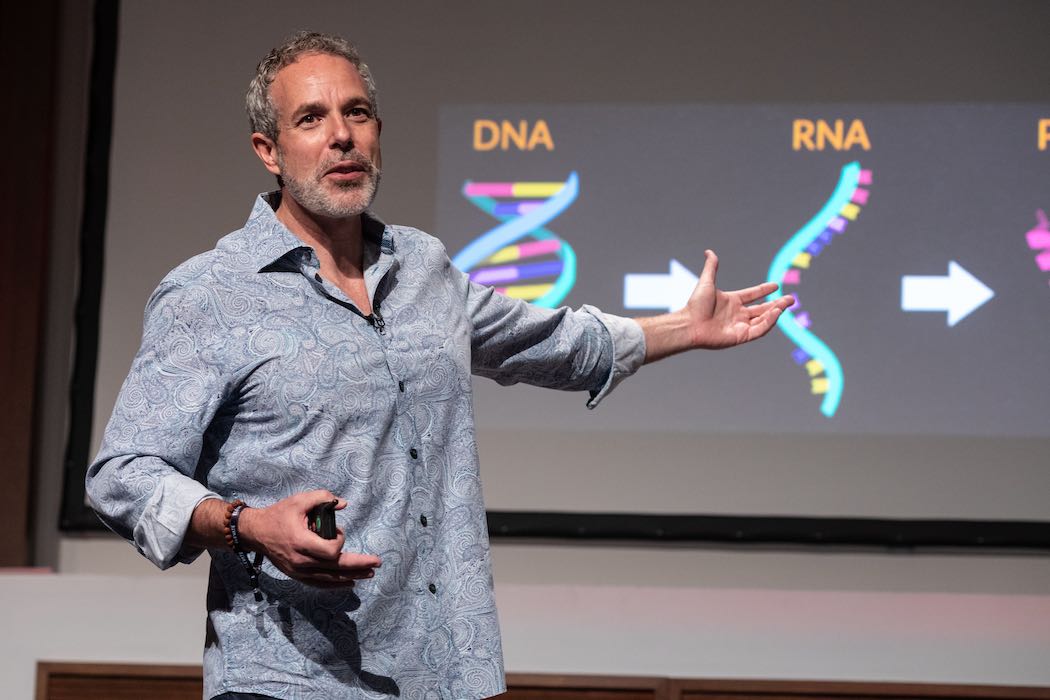 From financial innovation to product development, Wednesday’s #ElevateTechFest had something for everyone. In a packed auditorium at the MaRS Discovery District, some of the best and brightest of Canada’s AI industry came together to talk about strengths, challenges, and what’s next in Canada.

Radical Ventures partner and Vector Institute chair Ed Clark was among the speakers that kicked off the AI stage. Setting the tone for the day, Clark celebrated policies and developments that have boosted the Canadian AI ecosystem, such as strong talent from universities, a national AI strategy, and global companies setting up in Canada.

“You just have to be in Canada if you want access to world talent,” Clark stated.

Over the last several years, the Liberal federal government has instituted policies in an effort to support Canadian tech companies and talent, including $150 million for an AI strategy that funded the Vector Institute, Montreal’s MILA, and Alberta’s AMII, a two-week visa to bring strong foreign talent to Canadian tech companies, and a $2 billion women’s entrepreneurship strategy. Recently, the government announced new incentives for startups.

As the Canadian election approaches, Clark questioned whether this dedication could be sustained — and if not, what the long term effects would be.

“Will we get populist governments that say ‘no, I’m not into this stuff,'” said Clark. “Are they going to cut back on investments in education? In primary school? In universities? In … places like Vector, those are critical issues.”

The state of Canadian AI

In spite of questions about federal government support, and recent cutbacks in innovation funding from provincial governments, Canada has strong AI activity across the country. And one panel worked to bring all those ecosystems together.

Toronto’s Salim Teja, partner at AI-focused fund Radical Ventures was joined on stage by Arnold Liwanag, CTO of IVADO in Montreal, Kristina Williams, president and CEO of Alberta Enterprise Corporation, and Steve Lowry, executive director of AIinBC, who shared their perspectives on the state of Canadian AI from the vantage point of each of their ecosystems.

“One of the ways to keep smart people working with us is to attract labs and company headquarters [here].”

“I think we are, from a startup perspective still in the hype cycle,” said Teja. “Since we launched our fund in May, in five months, we’ve seen over 750 companies. There’s a lot of noise out there.”

Liwanag said that the federally-funded supercluster program is also starting to show promise. Montreal is home to the SCALE.AI supercluster, which is using AI technology to make supply chains more efficient.

While he didn’t share specifics, Liwanag mentioned some projects the superclusters had worked on, including helping an airline improve its forecasting, “translating to tens of millions in dollars in extra revenue.”

BC has managed to attract international companies like Amazon to set up shop and create jobs in the region, which Lowry said has allowed the province to retain strong talent. “Folks go to jobs in other places and one of the ways to keep smart people working with us is to attract labs and company headquarters [here],” he said.

Williams noted that Alberta governments, both provincial and municipal, are also starting to become more open to opportunities that tech can provide. He pointed to Alberta’s open government portal allowing people to access datasets and create their own solutions to public problems.

The future of transportation

Raquel Urtasun, Uber ATG’s chief scientist, took to the stage to share the company’s approach to building self-driving vehicles. In slides, Urtasun outlined how Uber uses Toronto’s many construction sites to its advantage, helping its machines learn how to interpret difficult situations.

Urtasun said that the model for cars is changing from ownership to fleets, and that it’s important to consider that self-driving cars must work in tandem with other forms of transportation.

“If each one of you goes and buys a self-driving car, we’ll collapse the planet,” said Urtasun. “We should do a combination of public transit, taxis, and ridesharing so that we can share the resources of the economy, so our kids can actually have a nice planet to live in.”

While Canada has a strong reputation for AI research, building companies that can keep AI talent in the country and bring prosperity to the country is the next step. In a panel, JF Gagné, CEO of Element AI; Jessica Yip, COO and co-founder of A&K Robotics; Candice Faktor, managing partner of Faktory Ventures; and Christian Weedbrook, CEO of Xanadu, explained best practices for commercializing and the pieces needed to get there.

US companies setting up headquarters in Canada have a role to play. Faktor explained that companies like Uber keep people like Urtasun in Canada, who can be trained on the rich datasets that these multinationals have. “You really need diversity of all kinds of players in the ecosystem.”

Faktor sits on the board of directors at Coveo, which raised $100 million in 2018, employs 500 people, and boasts 1,500 enterprise installs.

It’s an example of a company that has gone beyond commercializing its IP and launching a product, to building a successful business. “We really need to make sure that we are giving the companies who are building and commercializing the IP what they need to grow,” said Faktor.

On the panel, Weedbrook explained why Xanadu, which has raised $32 million to date and released open-source software for quantum computers, decided to release the software instead of keeping it closed.

He referred to the company’s open-source work as a trojan horse, allowing potential customers and companies to embrace the nascent technology. “[It’s] complementary on the quantum side and actually works to our advantage. It allows us to understand the customers problems,” said Weedbrook.

For companies that are just getting started, finding the right partners is key, noted Yip — especially for AI, where researchers are still testing valuable use cases.

At the end of the day, Carole Piovesan, co-founder and partner of INQ Data Law, and Natalie Raffoul, managing partner of IP law firm Brion Raffoul, explained the importance of having a strong IP strategy as companies build cutting-edge solutions.

Raffoul warned that the potential impacts of the gig economy and employees that could leave with valuable trade secrets. “Making sure that [you] manage that churn to ensure that the confidential information that’s within the company stays within the company,” Raffoul said. “What do those IP provisions look like, with your developers that are situated inside your company? Do you have that carefully crafted?”

The pair also discussed maintaining individuals’ privacy and data, with Piovesan noting the fear and distrust around automated technology. She stated regulations are not keeping up with the pace of technology in the space.

“Last year, when I was on the stage talking about this exact same technology, there was no set regulation. So what is happening is fast and furious,” said Piovesan.