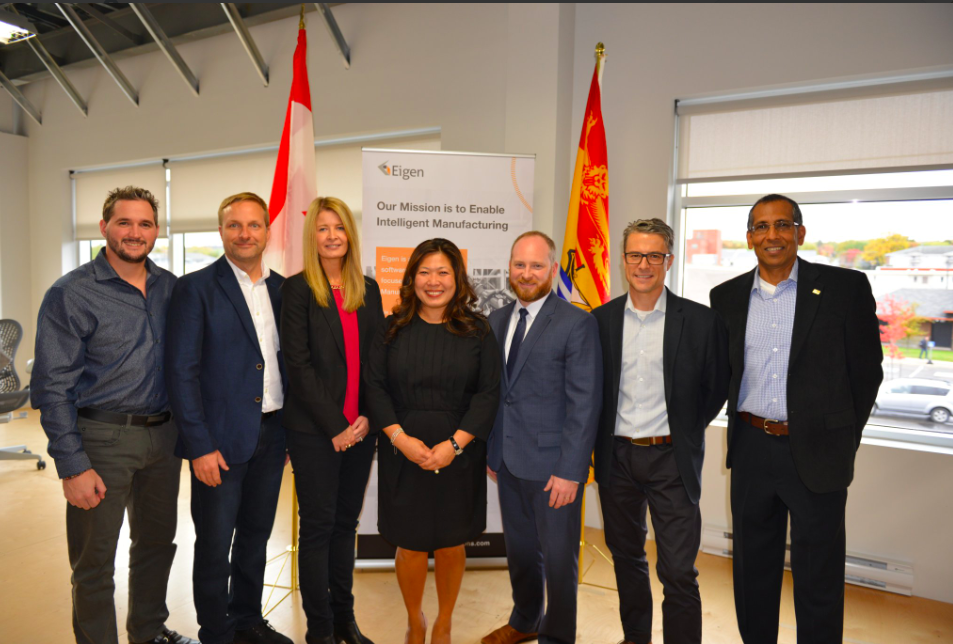 Eigen Innovations, which helps manufacturers tackle production issues using IoT technology, has closed $3.5 million in a round of equity financing.

“These funds allow us to bring greater depth and diversity to our team as we continue to evolve our AI-enabled technology and enhance our capabilities to deliver value to our industrial manufacturing clients,” said Erin Barrett, Eigen’s vice president of business strategy. “We’re thankful for the renewed support from NBIF and BDC Capital, and thrilled to have Globalive Technology be a significant part of our journey. We are also proud to receive investment from the Women in Technology Venture Fund, who is helping pave the way for female leaders and founders that want to create new ventures.”

Eigen announced the funding during an event at its Fredericton headquarters.

“We are impressed with Eigen’s growth to-date and its expanding business with some of the most prominent brands in automotive manufacturing,” said Anthony Lacavera, Globalive Technology’s founder and CEO. “With a strong leadership team in place and a proven and innovative AI solution, we believe the company is poised for further growth with industrial manufacturers in Canada and around the globe.”

Eigen announced the funding during an event at its Fredericton headquarters, which also celebrated two other investments by BDC’s $200 million Women in Tech Fund. The fund announced investments in Beanworks, an accounting automation company, and Kiite, which offers an intelligent assistant for sales teams. Beanworks announced its funding round in late September.

“In order to make a lasting impact on the business landscape, it’s critical to demonstrate the value of diverse teams and pave a path for success for girls and women who are interested in a future in tech and investments,” said Michelle Scarborough, managing director of strategic investments and BDC’s Capital Women in Technology Fund. “That’s why we look to partner for long-term success in companies that bring together the right technology, team and resources to disrupt and transform today’s markets, think big and have the passion and drive for success. The three companies we announced today, do this in spades.”

Telly Launches My Telly to Drill Down on Social Video Discovery, Moves Further Away from Twitvid Past

Telly, a San Francisco-based social video discovery platform, announced today the launch of My Telly, a service which surfaces videos for its users based…