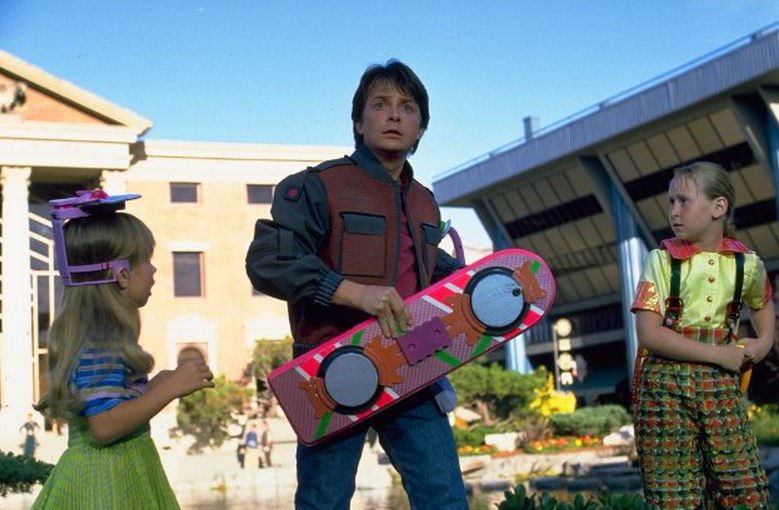 For people of a certain age, a vision of the future is incomplete without that of the most rad form of travel: a hoverboard. Many children of the 80’s grew up hoping they could one day be Marty McFly (or the girl that Marty stole the hoverboard from).

Today just so happens to be Back to the Future Day – October 21, 2015, the day in which Back to the Future Part II’s story takes place. As the decades wore on, many 30-somethings have worried that this day would come to pass without a hoverboard to call our own.

Not to worry, just like Michael J. Fox in the original movie trilogy, a Canadian has stepped up to save the day.

Back in May, BetaKit covered the story of one Catalin Alexandru Duru, who broke the Guinness World Record for “farthest flight by hoverboard” with a board of his own design. Duru was able to travel 75.9 metres in a trek that lasted more than a minute and a half.

Last week, the CBC profiled Duru and his company, Omni Hoverboards, which is working on a secret, next-generation version of the hoverboard. While there’s still work to be done, we can rest assured that the dream of the 80s is alive in Montreal.

Check out the video below.