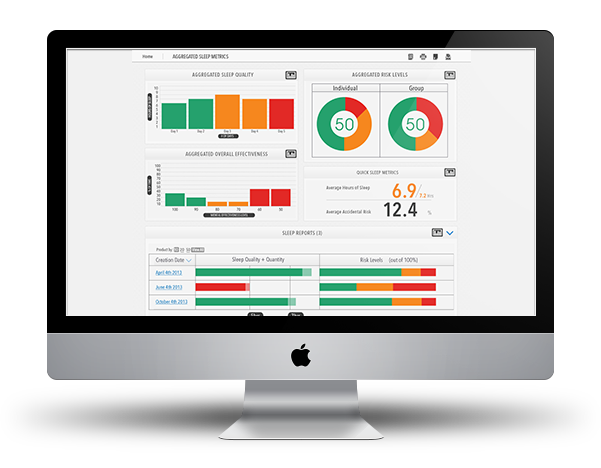 Imagine the most important pitch you’ve ever given. Now imagine doing it drunk.

If you’ve just put in five, six or seven consecutive sleep deprived days of work, that’s what you’re basically doing. Working insane hours and claiming you’re a hard-charging, successful entrepreneur is folly. At some point poor sleep habits lead to fatigue, which in turn significantly diminishes your performance. You might as well be drunk.

There’s solid science behind debunking the entrepreneur that never rests will be successful myth. Vancouver’s Fatigue Science recently shared some insightful data worth keeping in mind. CEO Sean Kerklaan looks at sleep this way saying , “I don’t care about how many hours I’ve slept. It’s not about giving me metadata around how I’ve been performing. It’s no different than inputting how many steps taken or calories consumed, and then doing nothing with the data that’s life improving. It’s about understanding how I can do better for tomorrow. It’s understanding how my 4, 6, or 8 hours of sleep yesterday is going to affect me today on the job, and tomorrow on the job.”

Kerklaan shared the results from having charted the schedules of two CEO’s. They show that both CEO’s are working about 255 hours over the course of a 21 day schedule. CEO1 isn’t getting much sleep and is spending 37 percent of the time in a fatigue-impaired state (below the 70 percent effectiveness threshold). CEO2 is getting more sleep, and spending 0 percent of his work time fatigue impaired.

Fatigue Science is founded using US military technology. Kerklaan’s team has acquired a fatigue model developed in 1996. It was programmed into an actigraph known as the Sleep, Activity, Fatigue, and Task Effectiveness (SAFTE) Model. This has been applied it in the creation of a Fatigue Avoidance Scheduling Tool. Originally this software focused on optimizing the operational management of aviation ground and flight crews. This journal article “Fatigue Models for Applied Research in Warfighting” details the science behind the technology.

This science is all about optimizing performance. They are working with clients including professional sports teams like the Vancouver Canucks, the Dallas Mavericks (NBA), Seattle Sounders (MLS), and a soon to be announced NFL team. The correlation between performance and the bottom line is obvious for both the franchise and the athletes. Entrepreneurs need to be giving themselves the star sleep treatment too.

Getting a consistent eight hours of sleep in isn’t always going to happen. Kerklaan is living the startup life, and shares “look at the 24 hours in a day. No one is suggesting as a CEO that you don’t have to work a crazy amount of hours, because you do. There’s always that pervasive sense of having way too much to do and you’ll never get it all done. If you start by prioritizing the need for at least seven to eight hours of sleep a night it still leaves you 16 hours a day to be on your phone, dealing with people, designing your product, wading through email, or prepping for the next pitch. You’ve got 112 hours to work each week. That’s a lot of work time. By prioritizing sleep, you’ll be more effective on the job.”

Looking ahead, Kerklaan’s vision for Fatigue Science isn’t as a consumer-based wearable device. Optimizing people’s performance for the boardroom to the locker room is good for business. But at the heart of this company is the core value of knowing how critical worker and workplace safety is in key sectors like the resource industry, transportation and manufacturing. For him  “It’s moving beyond our watch, it’s about embedding the algorithm and creating a ubiquitous platform that’s device agnostic. It works with scheduling software, smartphones, other wearable devices and even connectable fabrics one day. It’s starting with asking the question how does sleep affect your safety, and your overall performance, and how we help you get better.”

Here is some bonus reading about the “business” of sleep: From the Harvard Business Review “Sleep Deficit: The Performance Killer.”

From the New Yorker, “Up All Night: The Science of Sleepiness.”

Wealthsimple rebrands as the FinTech company sheds its startup skin

Rebrands are not often the purview of small startups, left usually to larger institutions trying to shed the impression of being out of touch…