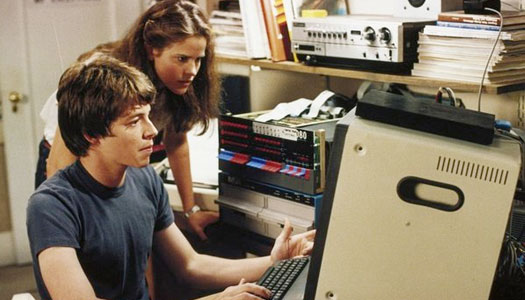 It’s rather embarrassing that as a tech writer I still don’t actually understand the ins and outs of what distinguishes Internet speed. Luckily though the folks at TekSavvy released a white paper explaining some key facts about the mysterious topic of how some Internet connections run faster than others.

Internet speed determines how the Internet can be used, including how long it takes to load a new page, stream a video and listen to music. Yet many people don’t what Internet speed really means or how the type of Internet connection they have relates to their speed, and doing so can enable them to better take advantage of a service that they’re paying for.

Internet speed is how fast online data can be transferred to a computer from Internet servers. This simple definition is true regardless of connection type – 25 megabits per second (Mbps) on a DSL line is the same as 25 Mbps on cable.

“That being said, how fast a computer can surf the Internet tends to differ between connections, as some types of connections are inherently faster than others,” wrote TekSavvy. “An Internet service provider (ISP) cannot guarantee precisely how fast a household’s Internet is going to be, because there are many different factors at play. These can include the durability of the wires used and how far from the central office a DSL subscriber is. Plus, if there are numerous users sharing a connection and streaming media, the speed of each may significantly decrease.”

Cable Internet seems to be the most popular choice and cable and DSL are on relatively equal footing where availability is concerned. Cable might actually be the lesser of the two though, because of the penetration of the telephone network over that of cable.

Cable Internet can get bogged down relatively quickly, because connections are often shared with other Internet users in nearby homes. On the other hand, cable Internet is often popular because it tends to offer the fastest speeds. In fact, Fiber for All reported that cable Internet connections tend to be 3 to 4 times faster than their DSL counterparts. DSL is less expensive than cable Internet, and better than dial-up Internet.

What will your speed affect?

The most obvious example of what speed can affect is entertainment websites, like streaming services, Netflix, or Youtube. If you are working on a computer with a slow connection, you won’t be able to download things as fast as you would with high speeds. For example, Netflix says the required broadband connection speed for using the site is only 0.5 Mbps, but recommends that browsers operate at speeds of at least 1.5 Mbps. Unless consumers have a speed of at least 50 Mbps, they won’t get high definition quality streaming though.

Meanwhile, voice services like Skype recommends that for those who wish to use its high definition video function, they should have an upload and download speed of at least 1.2 Mpbs.

How can you find your device’s Internet speed?

“You can find your speed with an Internet Speed Test. There are a number of services that offer this, like SpeedTest.com, PC World reported. Plus, this can help you determine if one of your devices is being slowed by a program using too much memory,” wrote TekSavvy. “One of the biggest perks to determining your connection’s specific speed is that this can help you  make a more informed decision when choosing to either continue your current subscription with your ISP or upgrade.”

Cloud-based enterprise security software provider Seculert announced today that it has closed a $5.35 million round of funding, led by Northwest Venture Partners and…