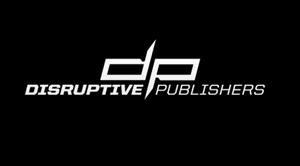 Most gamers are familiar with the concept of the avatar, or the digital, customizable and personalized part of an online gaming community. But little do many people know, one Vancouver-based startup essentially created the gaming personalization space.

Founded in 2007, Disruptive Publishers is an award-winning development studio based in Yaletown, a premier boutique studio for the development of digital personalization content (avatar virtual goods & user interface themes) on Xbox 360 and PlayStation, and other consoles.

The company rode the gaming industry’s shift in recent years from solely offering an offline, disconnected gaming experience to an entire connected social network that surrounds not just the game, but the brand itself (think anything from Superman to the NBA). “From the way brands connect with consumers to the way content is being consumed, the media landscape has fundamentally changed,” reads its website. “Old media is no longer effective, opening the door for organic content integration into the places where today’s audience lives and plays.”

To put it in perspective, monetizing the Xbox and Playstation space means potentially making money off of over 46 million people. And gamers generally don’t have a problem spending large amounts of money on their hobby.

We chatted with founder Otis Perrick, the guy who started the company with one employee (himself). While the company saw exponential growth over the past five years, the first few were like any startup. “It kind of started no different from working from home and begging for space from a friend,” said Perrick, adding that at one point they worked out of the dining room of a residential apartment.

For ten years Perrick worked for Electronic Arts in the packaging division, and he witnessed the gradual change to the digital download. A huge sports fan and gamer alike, he said personalization options for gaming at the time was simply an “EA Sports visual”.

“It had the name but it was always corporate,” Perrick told BetaKit. “So that became our opportunity, and the idea was to be able to showcase who you are and what you are to your friends in online gaming.”

People wanted to personalize and showcase themselves as individuals and Disruptive Publishers was born out of the necessity of that. Of course today that idea has been a mainstay for half a decade. The average online gamer doesn’t want to play against “the computer”, in an offline fashion. Everything revolves around playing other human around the world, and showing off one’s online avatar.

Disruptive Publishers not only took advantage of the gaming space, but also the entertainment space in general. They’ve worked on personalization content for the last two Batman movies, The Green Lantern, Harry Potter, The Hobbit and more. “We do so much with tv and movies now and its great to see them embrace what we do, and that’s all because of the advertising crunch where nobody knows how to reach that audience now. We’re providing an avenue,” he said.

Of interest is certainly where the space is headed in the next five years. It’s not hard to imagine that a company like Disruptive who got to the finish line first in terms of pioneering this space, probably profited handsomely. So what will be the next big shift in being able to monetize video gaming? What kind of services will the winning companies offer?

Well, its still hard to say, but Perrick offered that with the new next-generation consoles coming out like Xbox One and Playstation 4, and the larger shift towards mobile and tablet gaming, Disruptive Publishers will be there every step of the way.

“There’s till going to be that gamer that wants the full experience of playing a game through, but for us its going to be able to combine that opportunity to personalize in a any way possible on their home entertainment space as well as on their mobile space,” said Perrick.

He emphasized that the home space is still where the company is “dominant”, but nevertheless it has a few tricks up its sleeve within mobile, coming out soon. “We’re not leaving our bread and butter, but were going to be more relevant in the mobile and tablet space where much of that gaming is going,” he said.

“It’s taking what we know and what we do best and combining that across platforms.”

Last night at the MaRS Discovery District, the Toronto tech community officially launched the #Tech4SickKids campaign to raise $25 million for the hospital in…