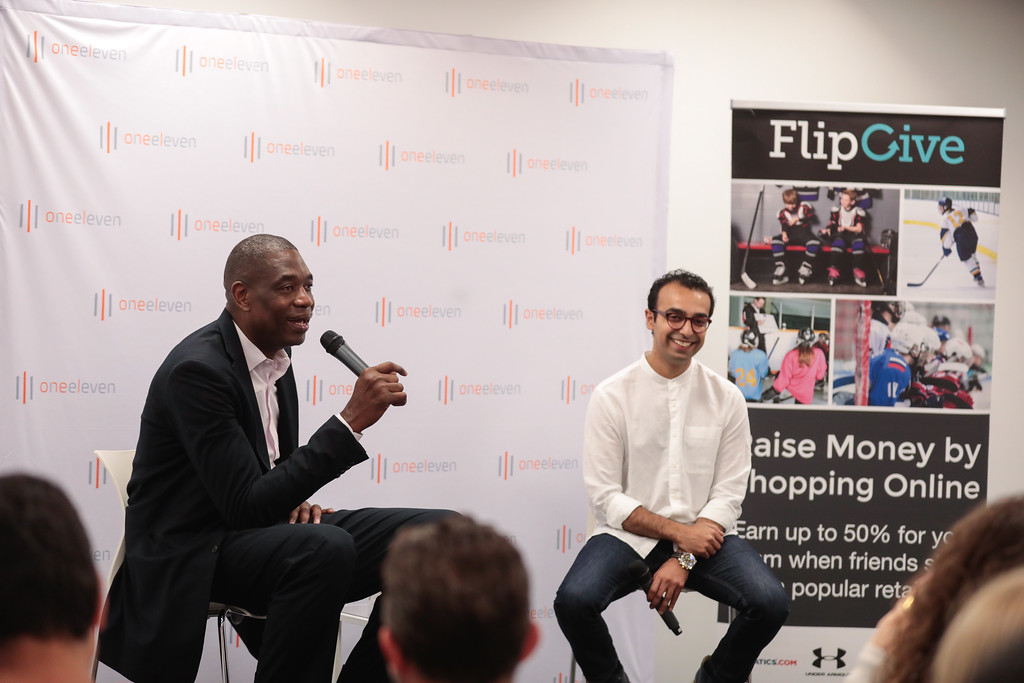 Toronto-based impact startup FlipGive has announced a major partner in 8-time NBA All-Star Dikembe Mutombo, who is joining as a major shareholder and global ambassador.

FlipGive’s platform is targeted to sports teams that often have to fundraise for team gear, but feel like they’re burdening friends and family members when it comes to fundraising season. With FlipGive, teams, athletes, and supporters can raise their funds by shopping online — including at retail partners like Amazon, Nike, and Under Armour — and receive a portion of their purchase returned in cash.

FlipGive and Mutombo’s goal is to help raise $100 million for youth sports over the next five years. Since its launch in 2014, FlipGive has already helped raise nearly $10 million for groups and teams.

“Extra shifts, second jobs, foregoing groceries, selling family possessions – these are the lengths parents go to give their kids access to a sport they love,” said Mark Bachman, Co-Founder and CEO, FlipGive. “It’s important to me and my team that we broaden the exposure and access to sport to those who might not otherwise have a chance to play.”

To celebrate the partnership, Dikembe Mutombo stopped by FlipGive’s office at OneEleven for a fireside chat with OneEleven director Bilal Khan. During the conversation, Mutombo talked about his story of growing up in the Congo, and finding success in the US as a star athlete. He originally wanted to study to become a doctor, but after much encouragement from the school, he eventually gave in and joined the basketball team — and ended up breaking a 22-year school record for his close-range shots during one of his games as a rookie.

“Some of you here are startup businesses, and sometimes you just have to wait — don’t worry so much, like [it’s] been three months or six months and you haven’t seen any gain…but you don’t know when your moment is to shine or when that will come, or how your company can go from $100,000 to $100 million to a billion dollar company,” Mutombo said. “You just have to be patient sometimes in life.”

But his love for his home country made him feel an obligation to give back — resulting in him building a a 300-bed hospital in the Congo paid for mostly with his own $15 million in 2007.

“Each company should have a social innovation page where you talk about your passion and the change you want to see happening in this world,” said Mutombo. “There should be one page where you and your colleagues [talk about what you] believe in and why you believe in it. If you don’t have that page, you’re not trying to contribute.”

Seventeen Saskatchewan-based projects and startups, including Saskatoon-based 7shifts and Coconut Software, have received a collective $21 million in funding from the federal government. “We…