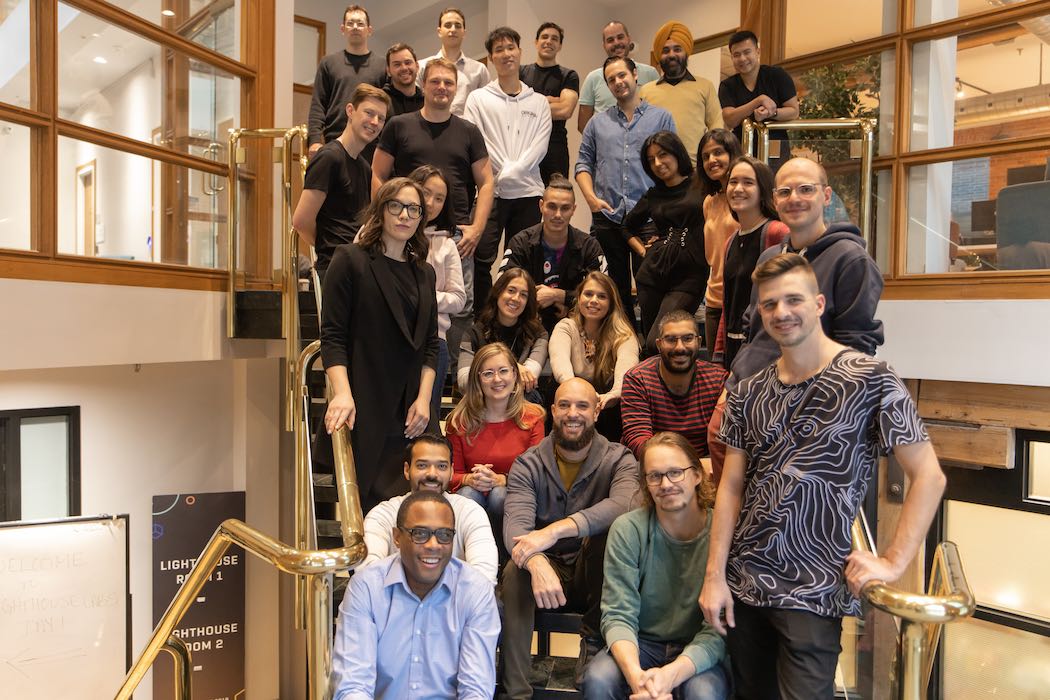 Toronto-based financial services software startup, Delphia, is publicly rolling out its first product, what it calls a “revolutionary investment platform.” The service allows users to convert their personal data into a source of capital that can be invested in the stock market.

“We can create an investment advantage, unlike anything the world has seen.”

Through Delphia’s platform, users will be able to connect personal data sources, such as social media accounts, location, shopping information, as well as answer daily questions about their behaviour, current events, and macroeconomic trends. These consensually-shared data contributions will become the source that drives what Delphia called its investment advantage.

“This is about collective action,” said Andrew Peek, co-founder and CEO of Delphia. “By coming together and pooling our data, we can create an investment advantage, unlike anything the world has seen. That advantage will not only break open access to sophisticated investing for the general public but will also make it possible for consumers to receive meaningful value from their personal data.”

The platform was designed by a team of academics, data scientists, and engineers, and uses machine learning to analyze the collective data shared by its members. The company began around the same time the news of Cambridge Analytica came to light. Peek argued it was during this time that consumers first became aware their data was valuable, even if they couldn’t do anything about it.

“We’re able to do a better job of forecasting [market trends] than even the Wall Street funds.”
– Andrew Peek, Delphia

According to research from law firm Lowenstein Sandler, more than four out of five hedge funds (a fund that pools capital from accredited or institutional investors) polled said they currently use non-traditional data sets in some capacity, for example in assessing potential investments or in internal risk management. This data is commonly referred to as ‘alternative data,’ which is used to obtain insight into the investment process. Peek argued that although hedge funds are accumulating this data to drive above-average returns, only accredited investors can participate in reaping the benefits.

Delphia takes a two percent fee, similar to how an investment advisor operates, and takes half of that fee to redistribute back to everyone who is investing their data. Those who are investing both data and money through Delphia’s platform agree to have their money redistributed to everyone. Those who contribute more data will get a bigger share, and those who contribute less of their data will get a smaller share.

“We’re thinking about it through the lens of how much wealth can be redistributed,” Peek said. “And by having a really rich profile of who this individual is, we’re able to do a better job of forecasting [market trends] than even the Wall Street funds themselves, because they don’t have this profile piece.”

In recent years, user data, and privacy have all emerged as contentious issues for tech companies globally, and trust in organizations like Facebook have plummeted amid scandals such as that of Cambridge Analytica. Peek said he’s hoping that Delphia’s (short) history, as well as its alignment with consumers’ interests, will assure customers that this service is based on the idea of consensual data sharing, and that data will not be sold to third parties.

“Trust is one of those things that you can’t buy, you can only build it over time,” Peek told BetaKit. “There are no corporations we’re selling to. The people contributing their data, they are our clients. They’re investing. We only have to serve them.”

“We’re thinking about it through the lens of how much wealth can be redistributed.”

“There are no other interests that we’re trying to serve, and that is very unique amongst all these data monetization companies right now, because most of them are actually selling the data to corporations,” he added.

Delphia’s approach stems from the work of co-founder and chief scientist, Clifton van der Linden, who has used unconventional data to forecast electoral and referendum outcomes around the world, with greater accuracy than traditional polls. Delphia has taken the principles behind van der Linden’s approach to election forecasting and adapted them to forecasting financial markets.

In January 2018, the startup was spun out of Vox Pop Labs, a Canadian public opinion research company. Once Delphia was an independent company, it was accepted into the Y Combinator program, and soon partnered with a large asset manager to begin applying van der Linden’s forecasting techniques to financial markets.

YC requires every foreign company to convert into a US corporation to participate in its program, so Delphia set up a US parent company to sit above the Canadian subsidiary. After completing YC, however, the startup chose to return to Canada, attributing its return to Canada’s strict federal privacy laws that guarantee the protection of personal information. Shortly after, Delphia raised a seed round for the newly formed Canadian subsidiary, allowing it to repurchase the shares issued to the US company and restore itself as the Canadian parent.

The startup has raised $14 million in funding to date, including investments from Real Ventures, Lerer Hippeau, Golden Ventures, Black Jays Investments, and Day One Ventures. Delphia graduated from Creative Destruction Lab‘s blockchain and AI cohort in June 2019 and registered as an Investment Adviser with the United States Securities and Exchange Commissions in September. The startup also became a bronze sponsor of the Vector Institute this month.

Those interested can now apply for early access to Delphia, which will begin converting personal data into investment capital once the waitlist reaches 100,000 signups.