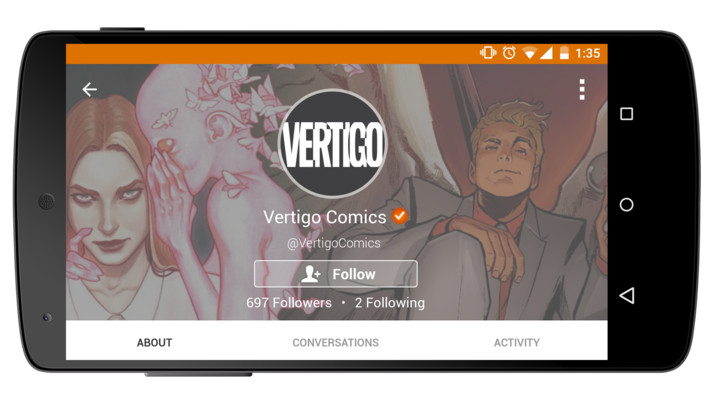 Following the recent launch of its accelerator for writers, Wattpad has announced that Vertigo, a creator-driven comic book and graphic novel imprint of DC Entertainment, has launched a platform on Wattpad.

The move makes Vertigo, which says it “specializes in stories of a more sophisticated nature,” the first comic book publisher on Wattpad. Survivors’ Club writers Lauren Beukes and Dale Halvorsen, Lucifer writer Holly Black, and Clean Room writer Gail Simone will be the first authors on the platform. Each writer will have their own platform where they will share content, and through Wattpad’s mobile app, Vertigo fans can share comments and messages directly with the Vertigo team. Through the platform, Vertigo will share exclusive content like previews, excerpts, character bios, and official artwork.

Vertigo is best known for titles like Fable, which eventually become the Fables: The Wolf Among Us video game, V for Vendetta, and the upcoming Preacher TV series.