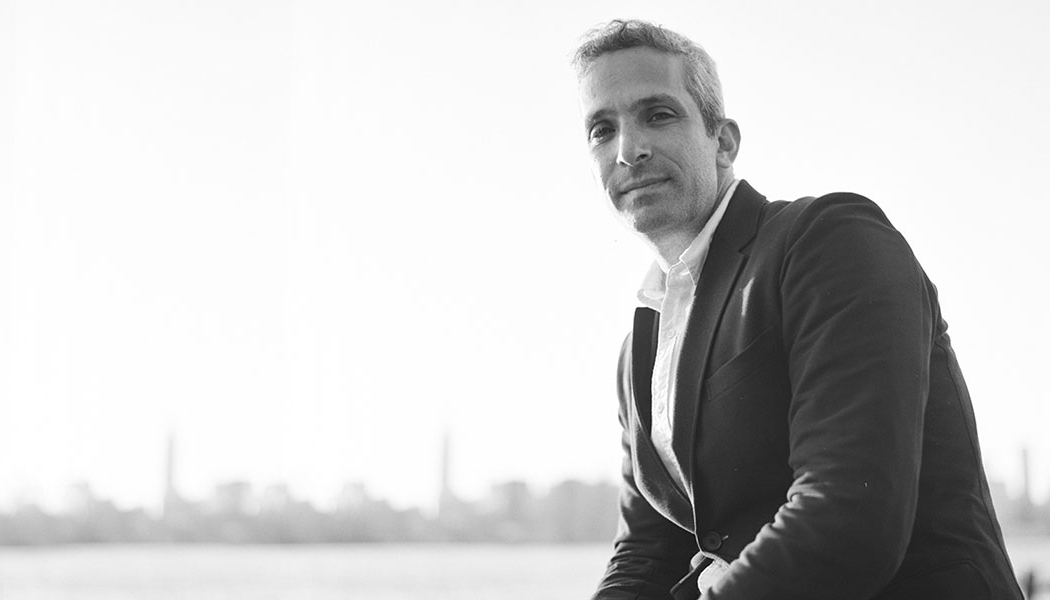 The December holidays are a time for school concerts, outdoor skating rinks, family parties, and… staring at your phone? For many Canadians, the distraction of our digital devices can play an annoyingly persistent role in our lives, especially during the holidays.

That isn’t to say Canadians aren’t trying to ‘unplug’ – in fact, we’re more aware than ever of the negative effects of a digitized life, and motivated to find a balance between the ‘real’ and the digital.

“Parents are seeing the effect in their kids’ behaviour, and so are pediatricians.”

That’s the topic of David Sax’s 2016 book, The Revenge of Analog, which topped the Washington Post’s bestseller list, and was one of the first books to question whether we should consider limiting the encroachment of digitalization into our lives.

In starting this conversation, Sax found partners and advocates in unexpected places. In order to better understand how families are balancing their relationship with ‘real life’ and ever-present technology, HP conducted a study across North America about the role of digitization in our lives.

HP’s findings were clear: creating a balance between the convenience of tech and the joy of a life lived in the present is crucial. From social media to screen time, our reliance (and sometimes dependence) on our devices is a growing concern; 60 percent of North American adults wish they could go back to a time before social media.

BetaKit spoke to Sax about the results of HP’s study, and how we can best utilize tech to make ‘real things’ a part of our lives again.

How can finding a balance between the digital and the physical impact creativity?

You have to think of both as tools. A great example that I always come back to is that of a word processor versus a notebook. The word processor has the capacity to store, easily erase, and shift content around. The notebook paper, on the other hand, has just the blank page, but that means far fewer rules or constraints. Neither option is necessarily better… but most people have the capacity to decide which will work best for the task at hand, but often, that actually means a mix of both.

What about people’s health? I’m particularly curious about kid’s cognitive development and mental health in general.

So I’m not a scientist on this, but it’s pretty obvious that there’s a growing body of evidence that there is definitely an effect – not all of it bad, but not all of it good, and especially when it comes to indicators about emotional intelligence, empathy, and critical thinking. There’s a reason that the American Academy of Pediatrics recommends putting limits on screen time. Parents are seeing the effect in their kids’ behaviour, and so are pediatricians.

There’s also this notion that with the right tool, or the right software, we can avoid those detrimental impacts on our kids’ behaviour, and I think that comes from this increasing desire for a measured approach to technology. We don’t want to totally eliminate it, but we still want to find a way to get the educational benefits. But the thing is, it’s always going to vary kid by kid, school by school. There isn’t one solution.

And what about digitalization beyond education and work? How has ‘family time’ been changed in Canada?

So I think in many ways, family time has changed, but not in obvious ways. Families will keep going on ski trips, or camping, or having these big, relatively phone-free adventures.

What’s changed is those small moments. Those hours after dinner when we’re too tired to set up a craft or activity for our kids, those Saturday mornings when we’d rather grab another hour of sleep while our kids hang out on an iPad, than getting up to make pancakes together.

Not every single family is sitting around all the time on our screens, it’s more so that we’re always reaching for our phones, taking photos, checking our schedules. The other day my 6-year-old daughter told me to put my phone down… I gotta say it’s a pretty crappy feeling when your own child picks up on that.

So digitalization might not have changed the ‘big’ moments, but definitely the small ones that matter a hell of a lot more.

Do you think Canadian families are actually trying (and maybe even succeeding) to ‘get real’ in their leisure time? Or are digital distractions winning over leisure time?

The book I wrote (The Return of Analog) came out three years ago, what I’ve been most surprised by is how widespread the shift in a more skeptical attitude towards digitalization has been.

Especially for families I think – you now see families adopting a ‘Digital Sabbath’ or putting up limits on screen time that they may not have had in years prior. But so often the things we like to do in our leisure time are now embedded with technology, such as playing music or scheduling a sporting activity. But you definitely see that the desire is growing despite our dependence.

“HP has developed printable content that can make those moments happen.” (Source HP).

Do you think digitalization has changed how families celebrate special occasions like the upcoming holidays?

The reality is – look at your holidays, whatever you celebrate, wherever you spend it, you won’t remember the hours you or your kids spent playing [videogames], or all the time you spent scrolling through social media. You’re going to remember the New Year’s Eve party, not the Instagram post you made during it.

Of those parents who are actually able to get their families doing ‘real’ activities, what strategies do they use?

For starters, I would say set a defined time for how much you’d like to spend, or not spend on your phone, and decide what you’re going to do in advance.

That’s important, I think because there’s this propensity, fed by Instagram I think, to assume phone-less time is always going to be so ‘namaste’, but in reality there’s always going to be that itch to reach for your devices. So you kind of have to have a plan about how you’re going to fill that time, with the activities you enjoy.

If you like photography, go take out your film camera or print your photos and make a scrapbook. Print out a recipe or craft materials. Schedule those activities in advance so you’re not reaching for your phone in order to enjoy ‘phone-less’ time.

In a bit of a converse way, do you think there are instances when tech can actually support families in spending more time together and actually less hooked to their devices?

Yes of course – it doesn’t have to be ‘all or nothing’ – you’re always going to need technology to set up a time with friends for skating or figuring out the route for a new hike.

Set boundaries and use technology when it makes those ‘real’ activities possible.

What is HP’s role in helping people ‘get real’?

At the end of the day HP is a tech company – I mean, they’re foundational to Silicon Valley, which has shaped our lives in so many ways.

“HP is enabling people to make the ‘real things’ happen in a time-effective way.”

Beyond just creating printers, HP is enabling people to make the ‘real things’ happen in a time-effective way. For example, people don’t just want to online shop and have their holiday cards delivered later, when they can make them and print them at home and give them to their loved ones right there.

We were talking about planning screen-less time in advance – HP has developed printable content that can make those moments happen. Whether it’s colouring sheets or recipes, printing photos to make family scrapbooks, these types of technology can make family time without the distraction of devices, actually happen.

Yes, printers are still a ‘tech device’ but they actually facilitate those ‘real’ moments we’re craving.

Do you have any other suggestions for how families can lean into the analog parts of their lives over the holidays and find balance?

In the simplest way, I think it really boils down to being more conscious, and asking yourself if you need your phone in that exact moment, or whether you’re just grabbing for it out of habit.

Claire Porter Robbins is a writer and the Founder of Btchcoin News, a Canadian financial news publication for women, by women. Originally from Calgary, she currently lives in Amman, Jordan where she works in humanitarian aid.

Earlier this month, the University of Waterloo announced that the Government of Canada would be contributing significant funding for its state-of-the-art Science Complex. The…