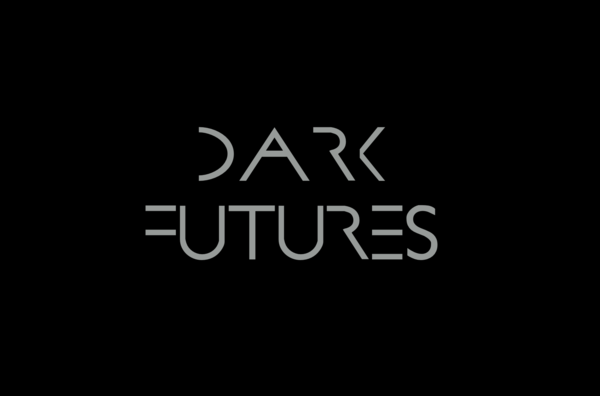 Sometimes an optimist needs to venture into the dark side. That’s why I found myself at Hootsuite’s head office in Vancouver to look at our potential “Dark Future.” Organized by fellow Futurist, Nick Badminton, the Dark Futures events shed light on a foreseeable future that isn’t so rosy.

While the speakers weren’t necessarily buying into the future being a gloomy place, they had no qualms about discussing the lethal side of technology.  From home-made guns, to digital storytelling that has taken lives, to bioterrorism, all three of these topics cause reason for concern as technology continues to advance.

So, let’s off with a bang. John Biehler, internationally renowned 3D expert, who currently has the honour of working on a project with Douglas Coupland, kicked off the event showing how some US politicians are threatening the integrity of the 3D printing industry as they lobby to ban 3D printers in order to capitalize on the hype around 3D printed guns.

What many of us probably aren’t aware of is the fact that it’s relatively easy to buy gun parts. So, much like building your own computer, you can build your own gun. Whether you buy the parts from a store or make them from a printer, it’s relatively inconsequential. Except for when it comes to a part of the gun that is government regulated. It’s called the lower receiver and this is the piece that the serial number is printed on, and therefore is the part that requires a license to acquire.

Unfortunately, 3D printers have created a workaround, for lack of a better term, that allows anyone with access to 3D printing technology to “print” the lower receiver without a serial number, creating an open source, non-regulated means acquire a non-traceable gun. Scary? Hell, yes.

The irony of this, Biehler explained, is that while some politicians are lobbying to ban 3D printers in order to stop production of non-regulated guns, the US still hasn’t changed its policy on gun laws, which from his perspective is still the true nature of the problem.

Patrick Sauriol, Executive Director of DigiBC, spoke about modern day ghost stories that have transcended into reality. While previously confined to the perimeter of a campfire, ghost stories have now taken on a life of their own.

Patrick explained the Creepy Pasta phenomenon that’s leading to a new type of Alternate Reality Games (ARG).  In short, websites such as creepypasta.com encourage people to make up their own horror shorts or fables and then share them online as if they are real.

It works like this: think of something scary. Post it on the web. Make it seem believable and watch the ghost story spread. Like something you see or read?  Create your own version of it and begin to seed that out online as well.

Over time the story begins to take on a life of it’s own. But what’s truly scary about this phenomenon is that some people, particularly youth, have difficulty deciphering between what’s real and what’s fiction. Take ‘Tall Man’, for example. An online author altered some photos that revealed a tall shadowy man in the background of various images of children. This character has been published millions of times all over the web by an unknown number of authors taking on various personas.

The circulation of the story has led to some bone chilling consequences including children who’ve fallen prey unknown authors claiming to be The Tall Man. In some cases, Tall Man (played by unknown authors online) told youth to kill themselves and sadly, some of them followed the instructions. In 2014, two teenage girls from southeastern Wisconsin lured one of their friends deep into the woods and stabbed her nineteen times because they believed that it was a ritualistic sacrifice for the Tall Man.

While most creepy pasta viewers and participants wouldn’t play into these sinister acts, Patrick reminds us that the line between digital storytelling and reality can become blurred.

Move over drones, say hello to the Oculus Rift cop on the beat. Slide by @kempedmonds at #DarkFutures pic.twitter.com/JZgjARQBVk

Hootsuite resident, Kemp Edmonds, brought a refreshing take on technology advancements in medical. From  exoskeletons that will allow paraplegics to walk, to prosthetic limbs controlled by the human brain, to 3D printed organs that will save lives, Edmonds admits he’s excited for the future of medical. But there’s one area that leaves him with a cold chill – bioterrorism.

As humans begin to improve their quality of life with biomechanical implants and body enhancements, Kemp pointed out that this will increase our likelihood of becoming vulnerable to hackers. In theory, if we begin to connect biology with mechanics and then connect ourselves to the internet, what’s stopping hackers from spreading digital viruses inside of humans like they do inside of computers? After all, humans could, in theory, begin to operate as computers if we begin to introduce mechanical components to our bodies. Far fetched? Many scientists don’t think so, including Google’s Chief Engineer, Ray Kurzweil.

One member of the audience pointed at the close of Kemp’s session that you can already program a mobile phone to turn off a pacemaker, so if humans become increasingly dependent on mechanical devices to function there will be new ways for people to harm each other? It’s unclear exactly how these potential threats will play out, but it’s a question that deserves some attention.

Despite the technological pain points that Dark Futures exposed, I’m still not convinced that technology is the threat to humanity. Beneath each of the stories told above, lies an unnerving reality that it’s humans who are using technology to harm each other and themselves. Thankfully, statistics show us that historically people have less than a 1 percent chance of dying as a result of intentional violence which means for now there’s still far more light than dark. At least for now. 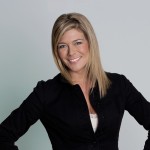 Lindsay is the founder and CEO of Massive Media, a Canadian creative digital agency. Recognized as an expert in consumer technology and digital living, Lindsay has worked with several leading tech companies and broadcasters including Samsung, Microsoft, Shaw TV, and CBC. She is passionate about how technology will affect our future, and is committed to helping companies successfully ride the digital wave.