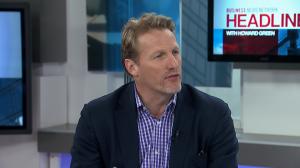 After the Canadian Venture Capital & Private Equity Association’s (CVCA) Peter van der Velden spent ten minutes espousing the virtues of a “ground-breaking” new study on the positive effect of venture money on companies, the president was asked a tough question:

Is it the money or the advice that’s helping these companies?

Are the venture capital (VC)-backed businesses, so the study says, “materially outperforming” non-venture backed companies because of the capital they’ve been given or is from being surrounded with a support network of experienced peers.

Van der Velden couldn’t really answer the question. “Look, I think that’s a great question. I don’t know that you can bifurcate the data to figure that answer out.”

What’s likely is that “good money” comes surrounded with good people, and those that can help the businesses out. Money is never the sole reason why these venture-backed companies have proven in the new study to outperform other companies in operational performance, R&D intensity (or the amount of money spent on research and development as compared to the company’s actual revenue), and wages and employment growth.

The CVCA is obviously aware of this, but the report was set out to prove to the media, the public shareholders and public policy shapers that providing money to Canadian ventures is bringing healthy returns, and likely that more is needed.

Van der Velden said that while such data was available for other countries, Canada had never dug up its own numbers. “We’ve known for a long time that there was a lot of good, anecdotal data on the positive impact of venture capital on the ecosystem, but unfortunately…what we didn’t know was whether the venture capital companies that invested in those companies made a difference.”

The study was a year-long collaborative effort, conducted based on data provided by Thomson Reuters, Statistics Canada, and the National Research Council of Canada. The results conclusively underscored that venture capital investment both as a function of the capital provided and the value added role of venture capital investors, plays an important role in supporting the rapid growth of the firms they partner with.

“We believe the study provides clear, strong evidence that venture capital investment…is one of the keys for long  term success and enhanced growth for entrepreneurial businesses in Canada,” van der Velden told a gathering in Ottawa. “The data is very clear: venture capital helps companies rapidly scale their businesses, commercialize their products and services, grow their businesses, and retain and grow their employee bases and sustain value.”

Van der Velden said that within operational performance, one of the three main metrics the study collected data for, three further parameters were measured: annual revenue growth, cumulative growth and asset growth at the five year mark. “and if you look at each of those parameters there was a significant different between the venture backed companies and the non-venture backed companies.”

The BDC’s Jérôme Nycz said it was “delighted” with the results published: “they highlight the continued importance of a vibrant venture capital ecosystem and the many advantages for Canadian venture-backed entrepreneurs,” he said. “Reports such as the one released today allow us to regularly check the pulse of the venture capital industry in Canada, and further calibrate our efforts with partners in providing tangible, positive impacts for Canadian businesses.”

The study’s conclusion explained that VC investment is strongly correlated with better outcomes in terms of growth, job creation and value creation for all stakeholders, results that were are consistent with earlier studies that measured the impacts of VC in Canada, such as one published by CVCA in 2009.

Van der Velden said the report also highlighted the importance of the federal government’s Venture Capital Action Plan (VCAP), which enhances “the growth of entrepreneurial businesses in Canada and, in so doing, puts Canada on a trajectory to faster, more economically diverse and higher value growth than might otherwise would be the case.”