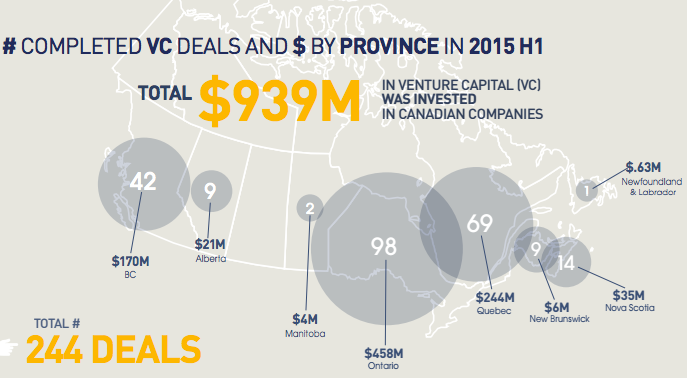 Hot on the heels of Thompson Reuters’ report, the CVCA has released its own H1 2015 results for venture capital in Canada. Coming in both pleasing slide and infographic formats, the CVCA says that H1 2015 saw 244 venture capital completed deals, worth $939 million. The two results show a 21 per cent and 23 per cent increase over the same period in 2014.

The CVCA H1 2015 report claims that seed and early stage disbursements accounted for 58 per cent of all total disbursements, which is up from 46 per cent in H1 2014. Ontario again was the top funding regain, with 98 deals and $458 million invested, followed by Quebec with 69 deals at $244 million, and BC with 42 deals at $170 million. Funds across the nation also had it good, raising a total of $910 million, reaching three-quarters of 2014’s total in half the time.

The Unlikely Entrepreneur: How One Canadian Doctor is Spreading Awareness Through an App

Dr. Jillian Roberts never wanted to run a startup. She just wanted to solve a problem. A registered child psychologist and tenured professor at…