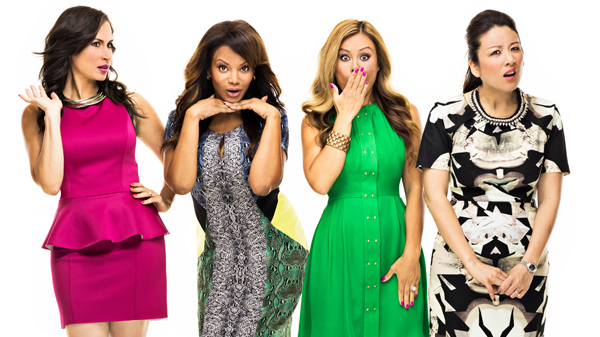 If pitching an idea to four women who likely don’t know anything about tech is your thing, then this opportunity might be right for you. And, if you nail it you’ll probably get a lot of exposure for your product.

CTV’s new national daytime talk show, The Social, is looking for “bright, energetic individuals who could sell a ketchup popsicle to someone in white gloves.” Those selected will get immediate national television and social media exposure for their campaign and a potential endorsement from the four hosts. The live audience will vote on the top business or product idea and winning pitches will be presented to CTV for final selection. This is for crowdfunders planning to launch a campaign in the near future or for mid-campaigners.

The Social wants to feature “a couple” of Canadian crowdfunding ideas. To do that, the National Crowdfunding Association of Canada (NCFA) is facilitating an open call by hosting a crowdfunding event in Toronto on October 10 from 6-9pm at Centre for Social Innovation (CSI) – Spadina.  Crowdfunders will have the opportunity to make a live pitch in front of the crowd, who will then select the top two pitches, which will be “recommended” to the The Social producers. Sound like fun? Those interested should sign up on the eventbright page here.

Given that the show wants to feature products that haven’t yet launched a campaign, or are in mid-campaign, the bright minds at The Social suggested that “one strategy may be to time the launch of your campaign with the airing of the actual show.”

Pitchers should ensure that in their pitches they include: launch date, funding target, rewards (if applicable) and a prototype or picture (if helpful). Offline submissions can be sent to Craig Asano at casano@ncfacanada.org. If a potential pitcher sends an offline submission, the NCFA suggests that they include a ‘video pitch’ that can be shared with CTV, who are looking for “the ideal combination of TV personality, pitch, idea and ability to get funded via Crowdfunding!”

Other interesting news regarding the NCFA Canada is that the organization is celebrating its first anniversary. It launched in October 2012. In celebration, NCFA Canada has been inspired to launch a crowdsourced and crowdfunded book project at its anniversary party. In collaboration with Indie Ink Publishing, “How Crowdfunding is Transforming Canada: Stories from the Edge” will celebrate all things crowdfunding by sourcing real-life stories from the crowd to “take the conversation to the next level”.

The book and anniversary event is NCFA Canada’s chance to say ‘thank you’ to its board, advisors, sponsors, partners, ‘friendlies’ and members, as it drives forward collectively with its vision to build Canada’s crowdfunding industry.

“Crowdsourced Stories from the Edge” will allow people to participate and listen to inspiring stories of how crowdfunding is driving innovation, job creation and at the hub of social and economic change at a grass roots level across Canada. Eventgoers will be able to hear first-hand experience from successful and unsuccessful crowdfunding insiders, experts and peers, and learn from insightful campaigns that took a life and shape of their own.

Don’t forget to check out the event page here.