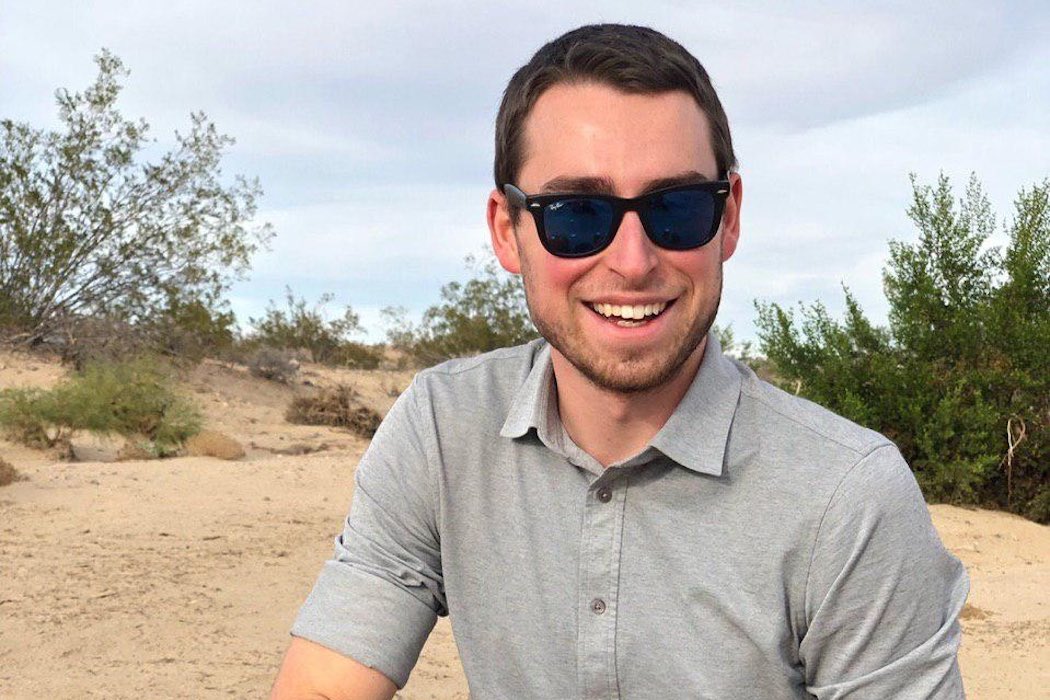 “While a lot of people talk about using this tech for social impact, he’s one of the very few people to have actually done it.”

On a recent trip to Phuket, Thailand, McLeod, 23, was involved in a motorcycle accident that led to a total fracture of his T6 vertebrae, leaving him paralyzed from the chest down. According to a fundraiser page that was started for him, McLeod now requires assistance with the majority of bodily functions and to move from his bed to a wheelchair, where he is able to sit for just an hour per day.

“He’s been in the cryptocurrency world for a long time,” Shawn Anderson, founder and directing scientist of Long Tail Financial, told BetaKit. “He’s one of the, if not the most, advanced domain experts that I’ve met in terms of understanding the whole blockchain world and all of the different emerging technologies that are coming into the space.”

Anderson, who was with McLeod at the time of the motorcycle accident, said aside from his work in crypto at Long Tail Financial, McLeod is also extremely passionate about blockchain applications for Indigenous communities.

McLeod has been involved in the Regina-based Blockchain for Reconciliation, a non-profit that seeks to promote Indigenous inclusion in the emerging tech space. Through the nonprofit’s memberships, tech companies can receive training on best practices for working with Indigenous communities, and help with the creation of a reconciliation mandate.

McLeod has no travel insurance, and his hospital bills are increasing by about $800 per day.

Christi Olson, co-founder of Blockchain for Reconciliation, told BetaKit that McLeod was an integral part of the organization’s creation. She said along with working in crypto, McLeod and Anderson have been working with several Indigenous communities to update their existing digital infrastructure and securing their data. Olson said when Blockchain for Reconciliation was first incorporated and had no funds, McLeod moved Olson in with him, despite only having met her once, because he believed in what the founders were doing.

“He’s genuinely one of the smartest, kindest, most conscientious people I’ve met in the space,” Olson told BetaKit. “[Blockchain for Reconciliation] literally wouldn’t exist if not for his help. While a lot of people talk about using this tech for social impact, he’s one of the very few people to have actually done it.”

Anderson told BetaKit the family is still waiting on final clearance to get him transported. The fundraiser page for McLeod states that the transfer costs $47,000, which neither McLeod nor his family can afford. This is on top of his hospital bills are increasing by about $800 per day.

More information about McLeod, and how to support him, can be found at the GoFundMe page.

Proptech startup Lane has opened a new corporate headquarters in downtown Toronto after a year of significant growth for the company. Already Toronto-based, Lane…