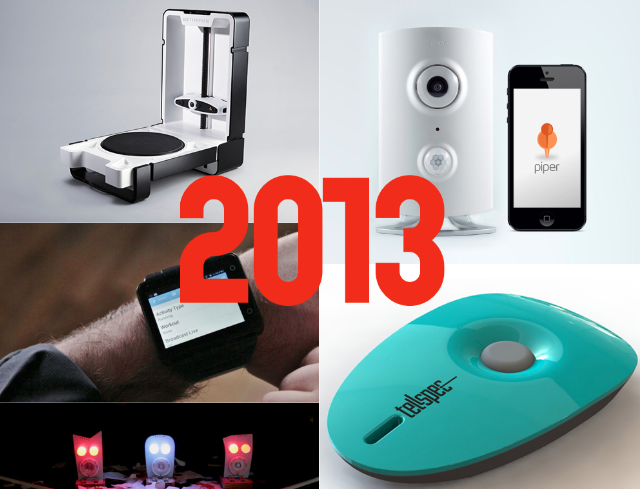 2013 was the year of crowdfunding.

This year eleven Kickstarter projects joined the million-dollar club and Indiegogo had its most successful campaign in its five-year history with a medical tricorder raising over $1.3 million. The global crowdfunding market is expected to have reached $5.1 billion this year, up from $2.7 billion in 2012.

The crowdfunding floodgates were flung wide open here in Canada back in September when Kickstarter launched support for Canadian projects. Just one month after the launch, Canadian Kickstarter projects saw over three million dollars pledged.

Yesterday we reported that the Neptune Pine, a standalone smartwatch project from Montreal, had successfully raised over $800,000 on Kickstarter making it the most successful crowdfunding campaign from Canada this year.

But Pine is not alone. Canadian entrepreneurs found a lot of success on both Kickstarter and Indiegogo, especially in the emerging technology space. Some of the biggest wins of 2013 were hardware projects in wearables, 3D printing and the Internet of Things.

Among the big wins this year was The Matterform 3D Scanner and the food tricorder, TellSpec. Both Toronto-based campaigns raised over $300,000 on Indiegogo with Matterform finishing up at $471,082 back in April, making it the second most successful Canadian campaign of 2013. (Correction: Peachy Printer from Saskatchewan was runner up to Neptune Pine with over $650,000 raised).

But it wasn’t all wins in Canada this year. Ottawa’s Nuvyyo found more success in raising capital than from their Indiegogo campaign. Their tablet DVR project, Tablo, finished just about $20,000 shy of its $50,000 mark earlier this month.

Pet owners who were hoping to ease their guilt of leaving doggie at home were left feeling more empty as automated treat dispenser/camera, PetBot ended their campaign last month without reaching their goal. The POSH iMirror, robotic kit Moti and intelligent security system Alertly were also amongst the neat ideas which weren’t able to get off the ground.

This year was not without drama. Montreal Kickstarter campaign Luci was pulled after raising over $360,000 for their dream-inducing wearable, being red flagged for possible fraud. And a fake crowdfunding project for Bionym’s heartbeat authentication bracelet Nymi went live for just over 24-hours before Indiegogo took it down.

But these bad apples didn’t spoil the pie, as they say. Here are just some of the most successful Canadian crowdfunding projects from Indiegogo and Kickstarter this year: