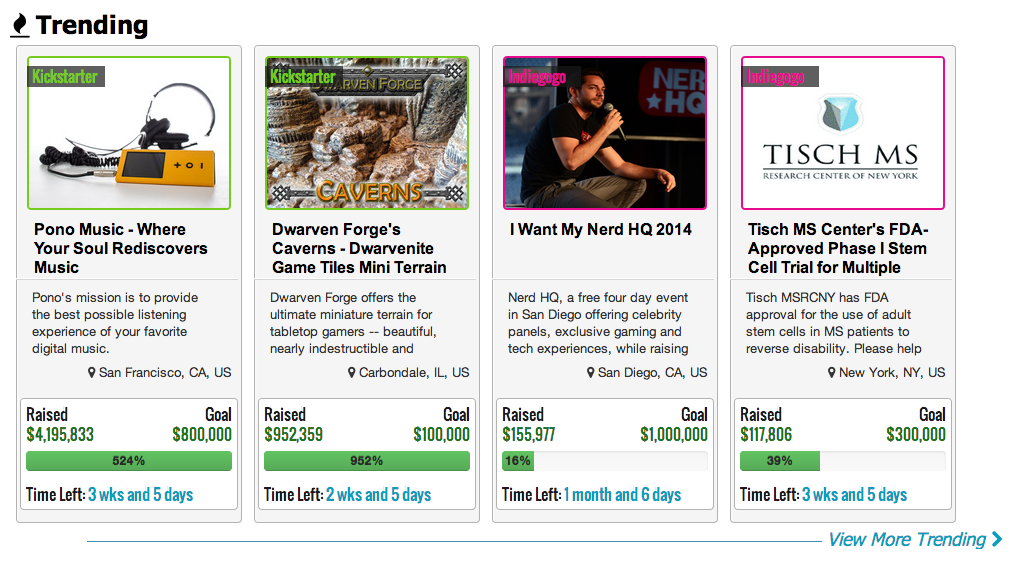 Jon Mushey loves hearing the personal stories of crowdfunding campaign creators. So much so that the Winnipeg-based project manager by day created a website devoted to gathering the best and most interesting crowdfunding projects on the web.

CrowdfundFusion showcases projects from the likes of Kickstarter, Indiegogo, FundRazr, Fundly, Rockethub and more. It was founded last September by Mushey, 33 and Lenny Leblanc, 31.

Mushey told us his favourite example of helping out a project was when a creator approached him over help with his Indiegogo project. The project was Black Salt, the movie: a live-action short film project based on a critically acclaimed comic book franchise. It revolves around Interpol’s “deadliest black-ops agent, Samuel Tharpe.” Sam hunts down the path of a game-changing weapon of mass destruction called the ‘Exterminatus’.

Mushey wouldn’t say that he was responsible for Black Salt’s success, but he did say that over several conversations with the creator, he was able to give valuable advice. The project ended up raising over $14,000 on a $10,000 funding goal and the film will be produced.

“It wasn’t really just the project, it was the person himself. You can find projects on every possible subject and genre, but what I find interesting is just the people behind it, and sometimes the passion that you see is just unbelievable,” Mushey told BetaKit. “His enthusiasm and personality were infectious. If all crowdfunding creators were like that then I think a lot more would be successful.”

On the flip side, explained Mushey, sometimes “people just throw something up there and they expect people to throw money up and its very interesting to see the differences, the level of research people do and the effort they put in.”

CrowdfundFusion’s goal is simply to continue exposing more and more crowdfunding sites and projects to wider audiences. Thus far over $1 billion in fully-funded projects have been featured on the site. While this clearly doesn’t mean that the website is solely responsible, it likely helped.

The site organizes projects into categories and subcategories, making it an easy user experience. Users can upvote and downvote various projects on the front page.

The motivation for creating the site was also based on Mushey and Leblanc’s own experience running a campaign and their desire to see more sites than just the “big two” get exposure. As well, they saw crowdfunding as a way to conduct real-time market research for an idea. “What a great way to reduce the risk of a new venture than to see if people will like it before it actually comes to market – by bringing it to market,” wrote the founders.

Along the way, as Mushey told us, he’s been able to hear the stories of many founders, and that’s what seems to keep him enthused.

“We tend to get lost in the tech and the numbers, but there’s real people behind these projects: there’s dreams, goals and sometimes years of work behind this,” he said. “I like to imagine the whole process of when people are designing their projects, what they’ve gone through and what they’ve learned. I find it unique from that perspective.”