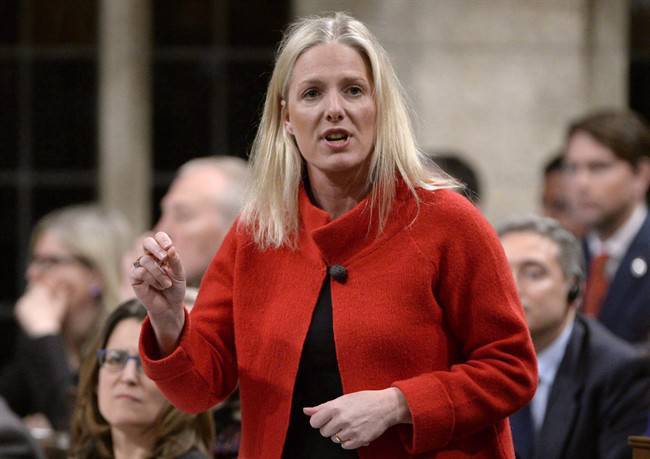 According to a report from The Globe and Mail, the office of Environment Minister Catherine McKenna has asked the Council of Canadian Innovators to stop promising monthly meetings with the government in exchange for $10,000.

Radio-Canada, which also reported the story, said a CCI letter sent to cleantech companies outlined what CEOs would receive in exchange for a $10,000 annual membership fee.

“Cleantech CEOs who are part of CCI participate in: monthly meetings with the Chief of Staff to the Minister of Environment and Climate Change,” the letter states. The council also promised that members would participate in regular working groups with federal public servants and “internal planning discussions regarding the federal government’s $950-million Innovation Clusters program.”

“Our office has absolutely indicated [to the council] that the pitch is neither accurate nor appropriate,” spokesperson Caitlin Workman said.

CCI has since revised its membership pitch to promise “regular meetings” with McKenna’s chief of staff, Marlo Raynolds, rather than monthly meetings.

“Like all business councils in Canada, there is a fee to be a member of CCI, which pays for our staff and our supplies, but this fee doesn’t go towards supporting any political parties,” said CCI executive director Ben Bergen in a statement sent to BetaKit. “There are also companies that are not part of CCI who participate in our advocacy efforts.”

Referencing the Globe story, Bergen said that “CCI meets regularly with senior officials in the political and civil service, at the frequency which they grant us. The organization engages with government officials and politicians across the political spectrum and abides by all federal and provincial accountability and transparency legislation when engaging in its advocacy work.”

BetaKit has reached out to CCI members for more context, though some members, like OMERS CEO and CCI deputy chair John Ruffolo, commented on Facebook in support of the CCI.

“To me, this seems like a slightly excited pitch for a really good advocacy group, which was immediately corrected. I’m sure Benjamin Bergen and John Ruffolo can expand on this,” Debow said. “CCI was set up to provide a unified voice for high growth scale-up companies, something that was sorely needed…my experience has been that in a short period they have done great work mobilizing scale-up CEOs on important issues like fast track immigration, stock options and more.”

Advocacy group Democracy Watch has also written to both the Ethics Commissioner and the Lobbying Commissioner. Specifically, the group is asking for an investigation into whether the interactions with Freeland’s department constitute a breach of the Lobbyist Code of Conduct, which states that lobbyists must refrain for five years from lobbying people for whom they have engaged in political activities that could create a sense of obligation. Three of the council’s four full-time staff are former Liberal aides; executive director Bergen was an executive assistant to Foreign Affairs Minister Chrystia Freeland when she was in opposition.

UPDATE (07/13/17 5:18 PM EST): Other companies are coming out in support of CCI. Adam Froman, CEO of the Delvinia Group and CCI member, says “The government has indicated that they want to hear from Canadian CEOs about its economic innovation agenda — CCI has helped connect the dots.”

W|W: The Wearable Weekly – The medical wearable market heats up